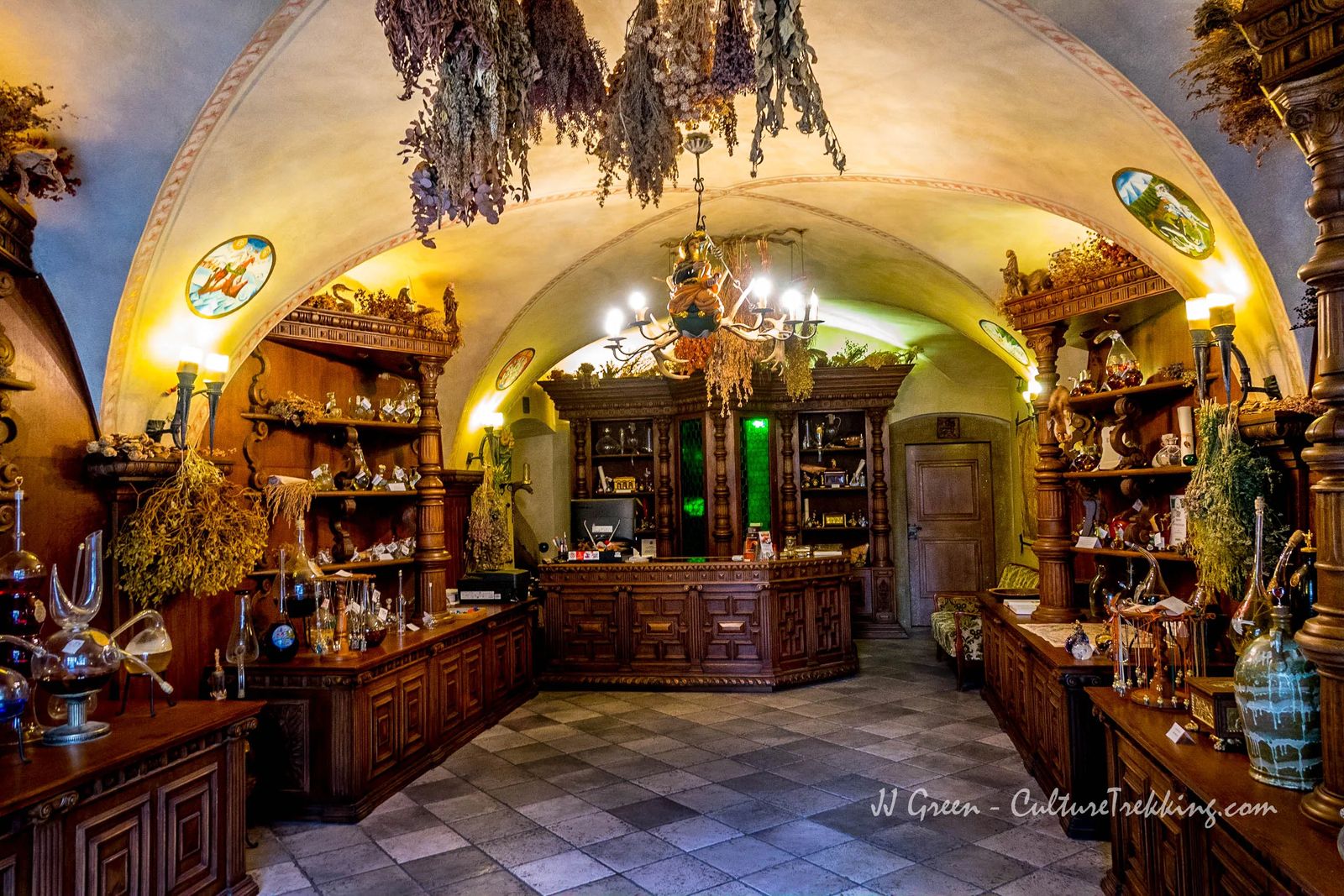 The Alchemist Museum of Prague

The Alchemist Museum, if you aren't looking for it, you might miss it as it appears like any other building in the vicinity. Alchemy in the 16th century was considered part of the Dark Arts, and was not popular with the religious populations of that time. Holy Emperor Rudolf II, did believe in the arts of mysticism and secretly had hired the Alchemist (likely Edward Kelley) responsible for this shop & had secret tunnels built from the Alchemy shop to his Palace. 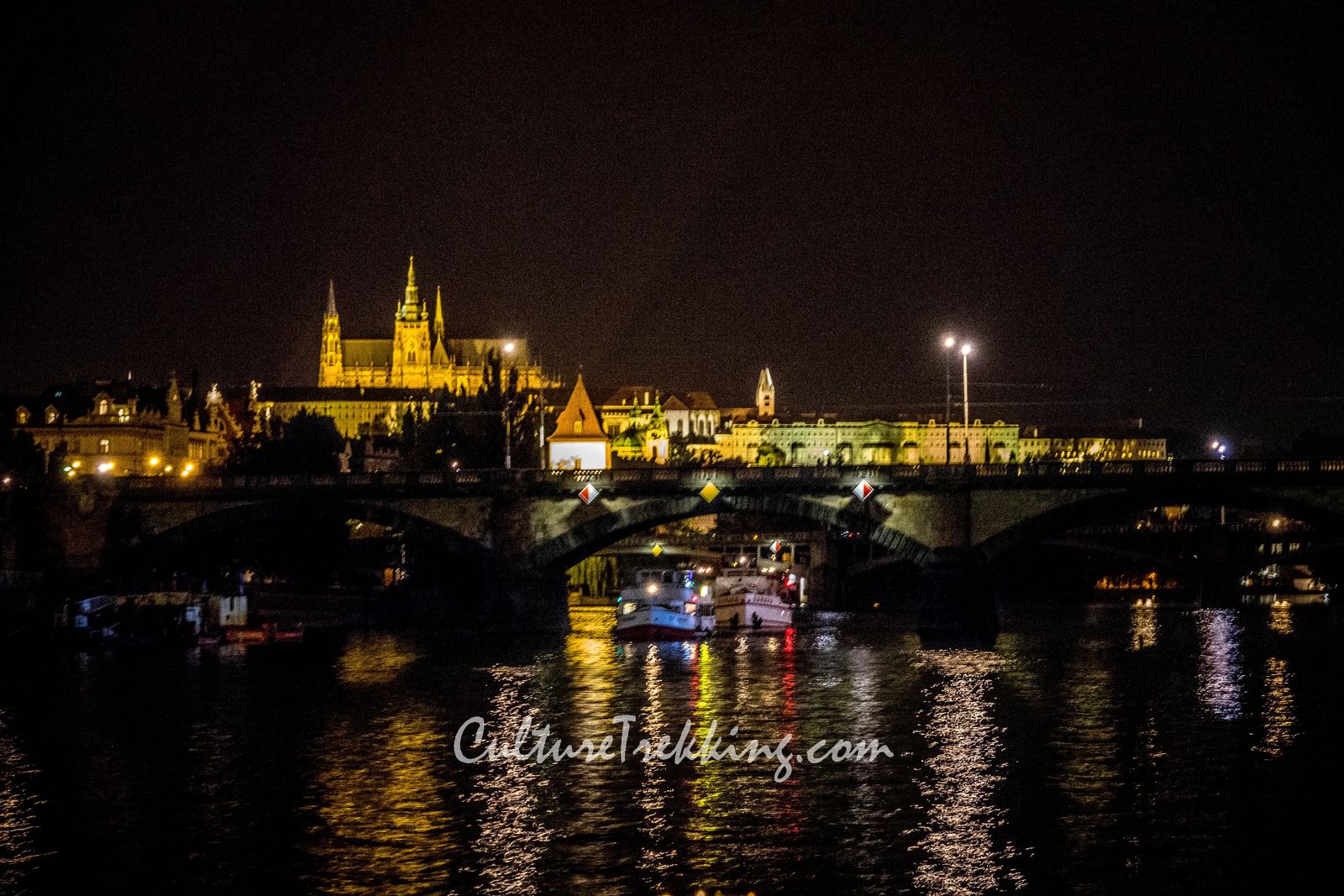 When you enter the shop it looks a little like a Wiccan shop, but when you approach and buy a ticket, there is a tour guide ready to take you to the areas below ground that were hidden for so long.  She approached the bookcase and turned the small statue & voilà! The bookcase opened and we entered the first chamber where you could smell the age of this place! Well the age, as well as the massive flooding from 2002 that unearthed this place. You look around at the different bookshelves that have the collection of preserved bats, skulls and other paraphernalia you would expect to find in an ancient Alchemist lair. 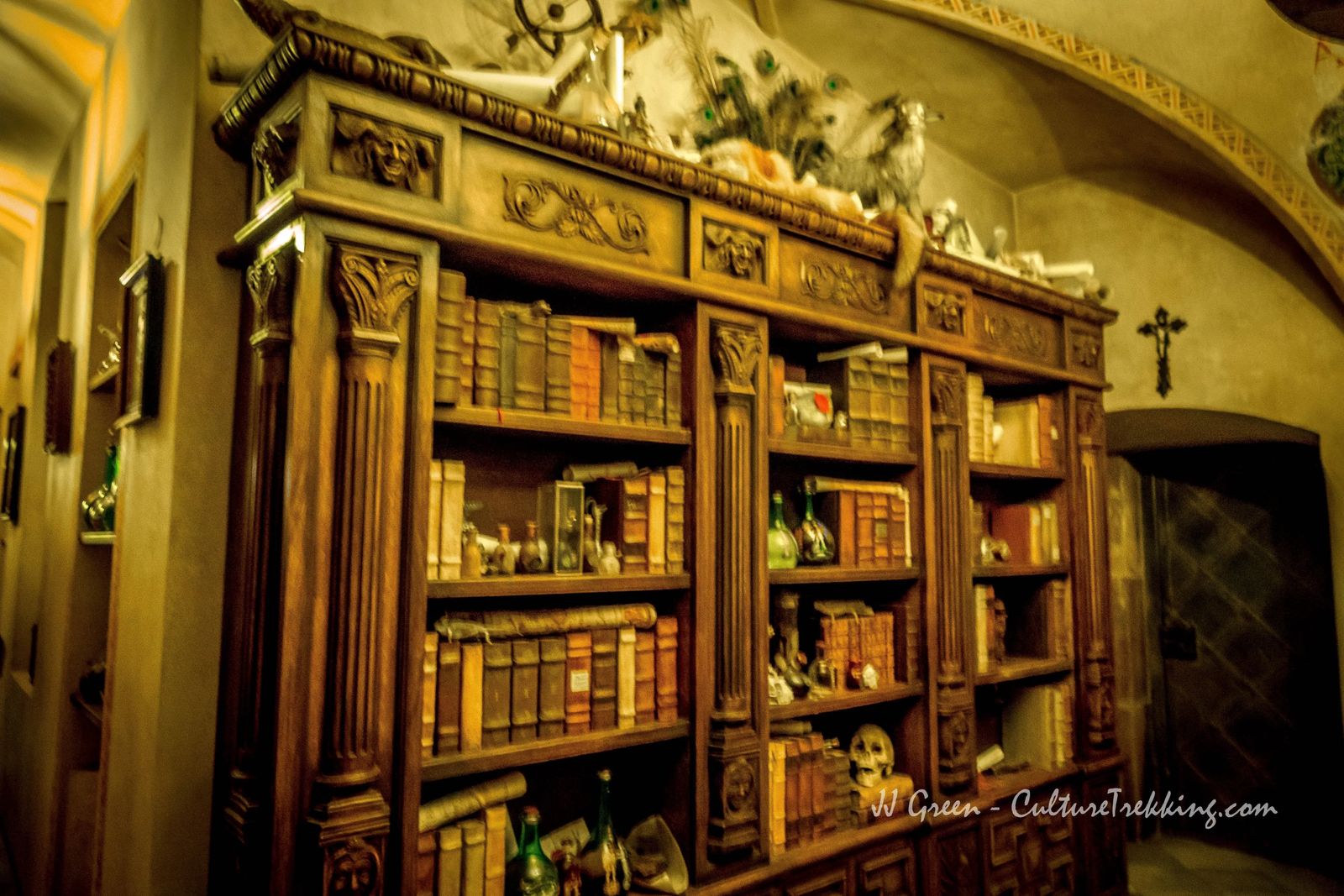 My hostess explained the history of Holy Emperor Rudolf II and his ailments that were well known, as well as his favorite potions that Kelley would make for him. 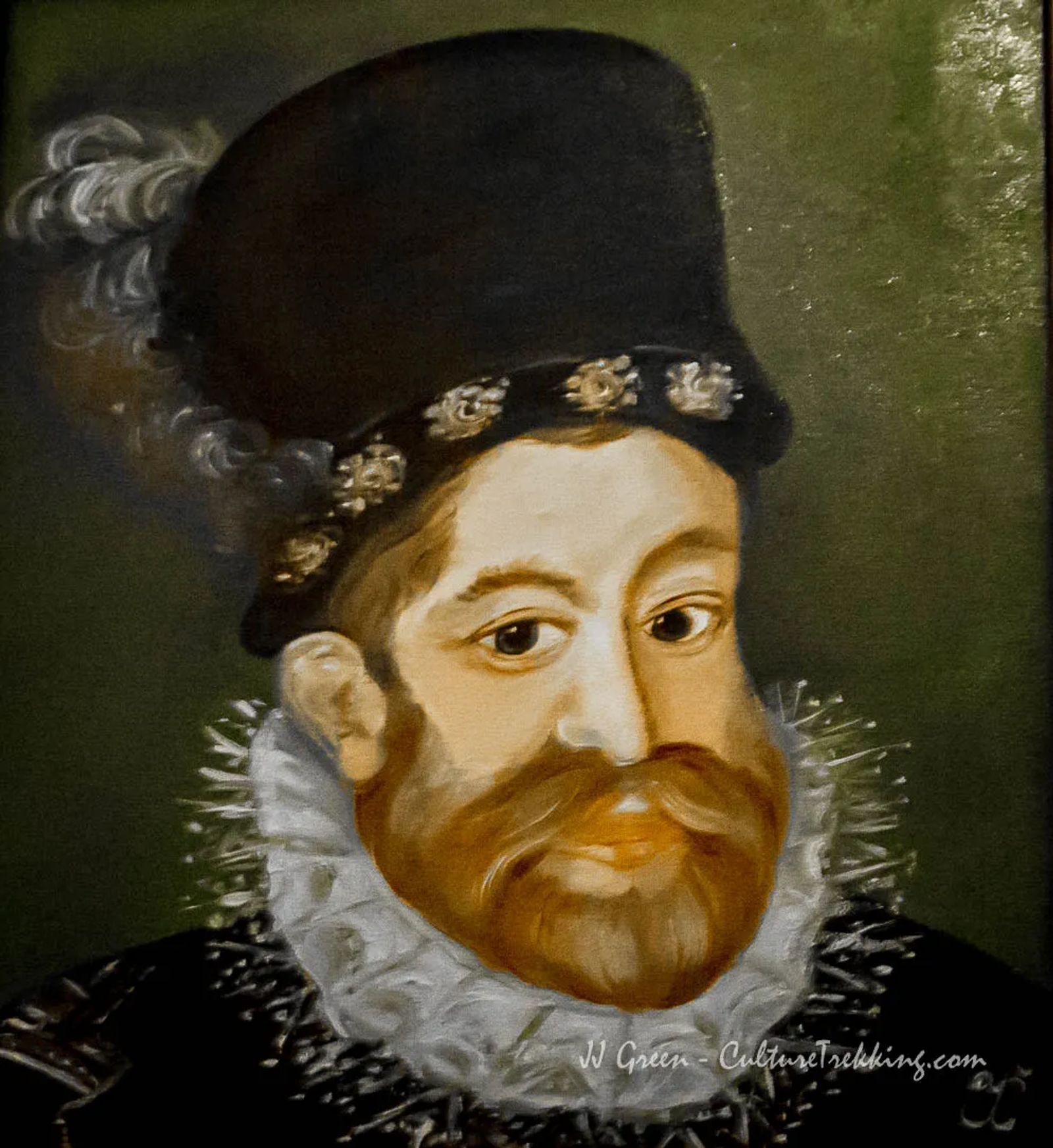 Rudolf II actually suffered from fits of severe depression which without modern medicine, would have naturally lead to seclusion and eventually seeking those things that would give a reprieve from the darker days. In 1583 he found a love for the arts and the sciences, after retiring to Bohemia. He truly transformed Prague into one of the leading countries for both the sciences and the arts. He loved sculptures in particular and had a particular affinity for Italian and Netherland artistic works.

During his rule, there were major clashes between Catholics and various Protestant factions. Rudolf was often more interested in science and did not care to address these clashes. Rudolf found solace in plunging headlong into discovering the secrets of the universe. He went on a relentless pursuit for the philosophers' stone and the elixir for immortality. 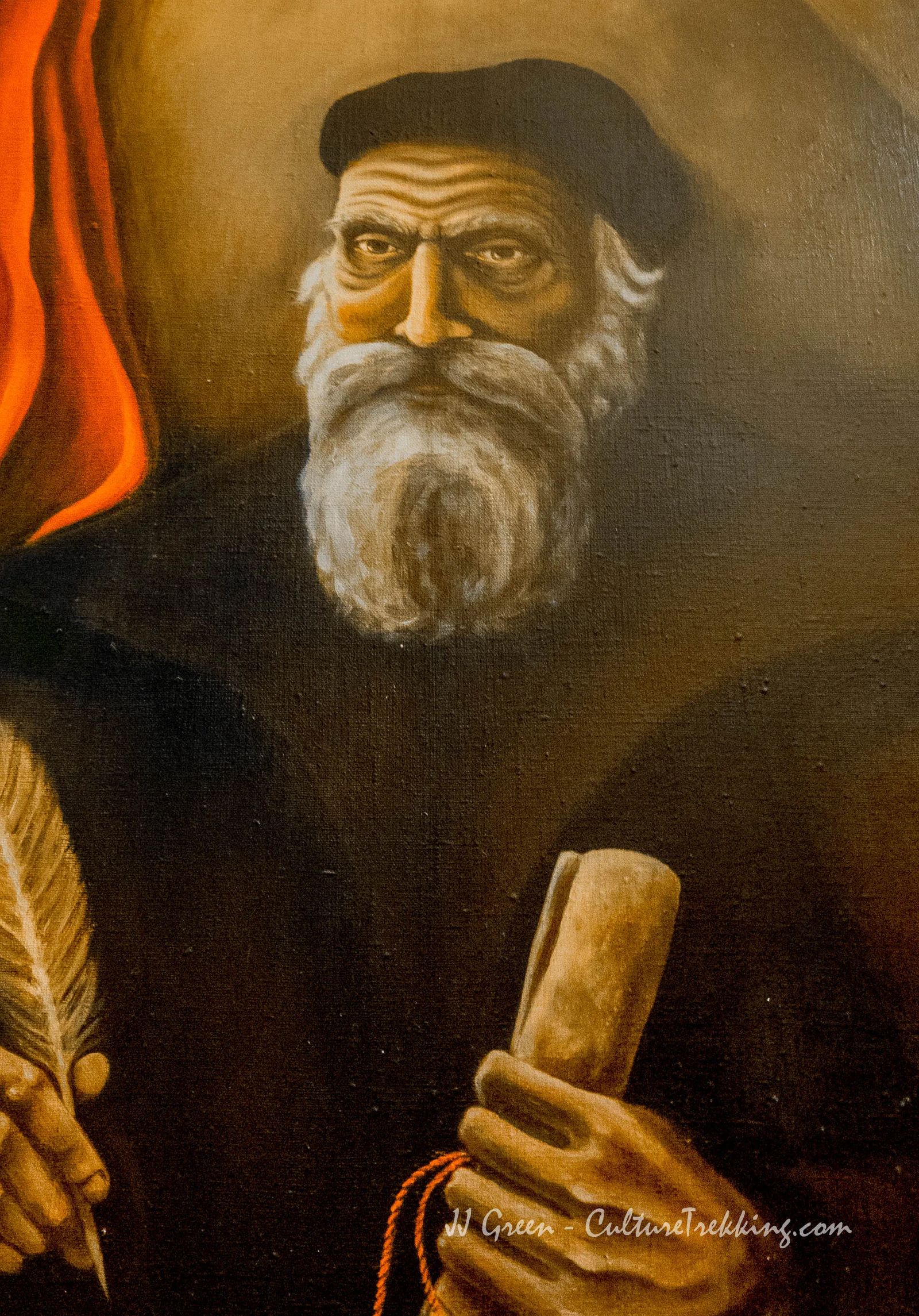 The Emperor invited the best and brightest minds of magicians, alchemists, astronomers, scholars, and artists. They were promised protection while they delved into the mysteries of life. In the end the Alchemist Museum flourished, due to his passionate support of the Pharmaceutical studies for their time period.

The tunnel lead us to and fro with each curve producing a room filled with beakers, furnaces, or boiling potions. I just kept thinking, "This is by far the most unique thing I have ever seen! This museum is the coolest museum I have ever stepped foot in!"

For some, this Alchemist Museum may seem a little gimmicky. For me, this gave me a glimpse into the past of what it was like for scientists, like myself. The men working in these ancient labs were trying to create a better life; not only for the Emperor but for its citizens. 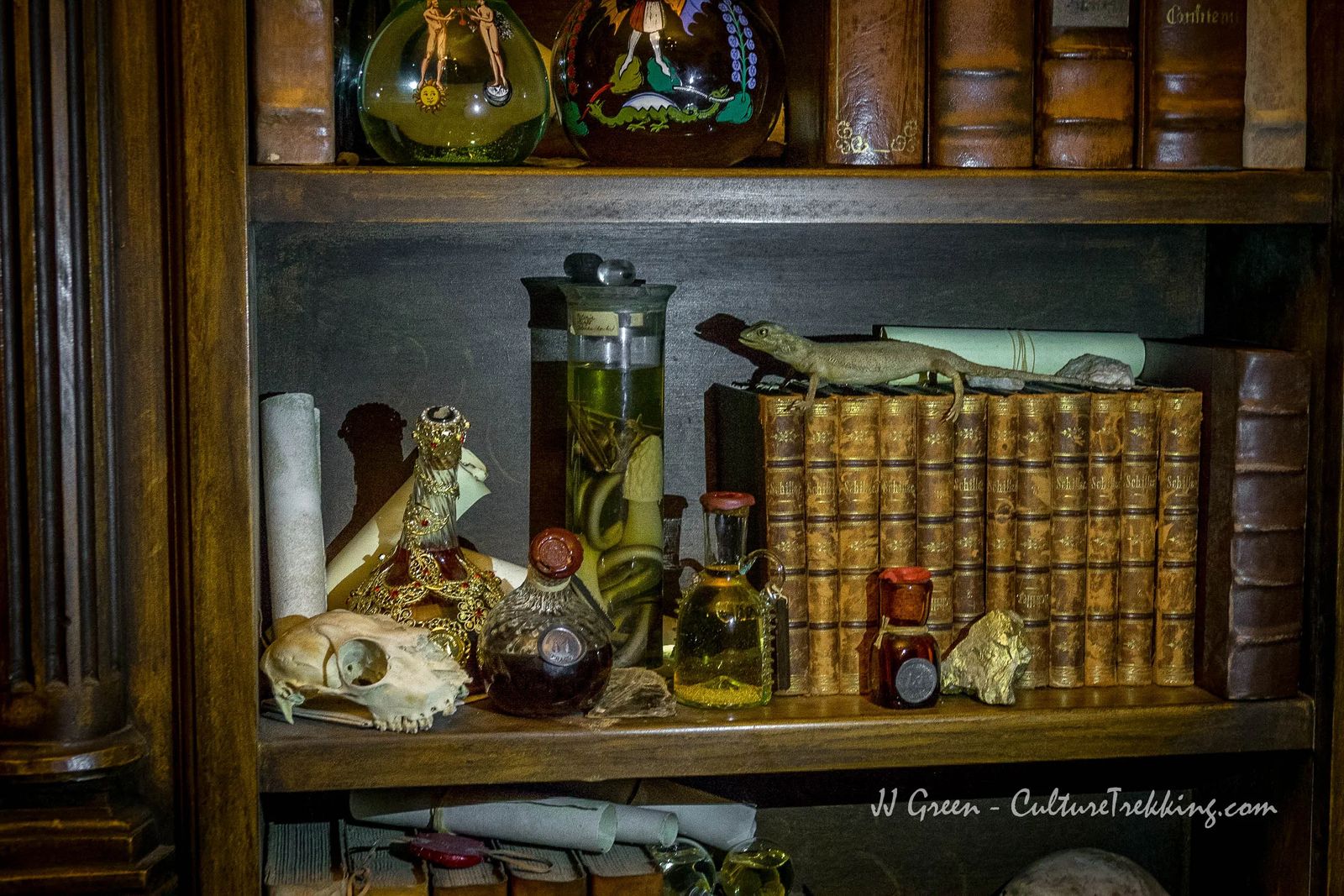 It is so fascinating to me to think that those who sought for higher knowledge were so persecuted, often called 'The Dark Arts' for their time period, I was witnessing some of the first scientific experimentation & was sincerely grateful I chose to wander the city, instead of getting caught up in the tourist traps.

Prague is a unique, artistic, fascinating city full of history and adventure. If you should visit Prague, be sure to check out this little known, but captivating Alchemist Museum. The scientist & nerd within you will not be disappointed. 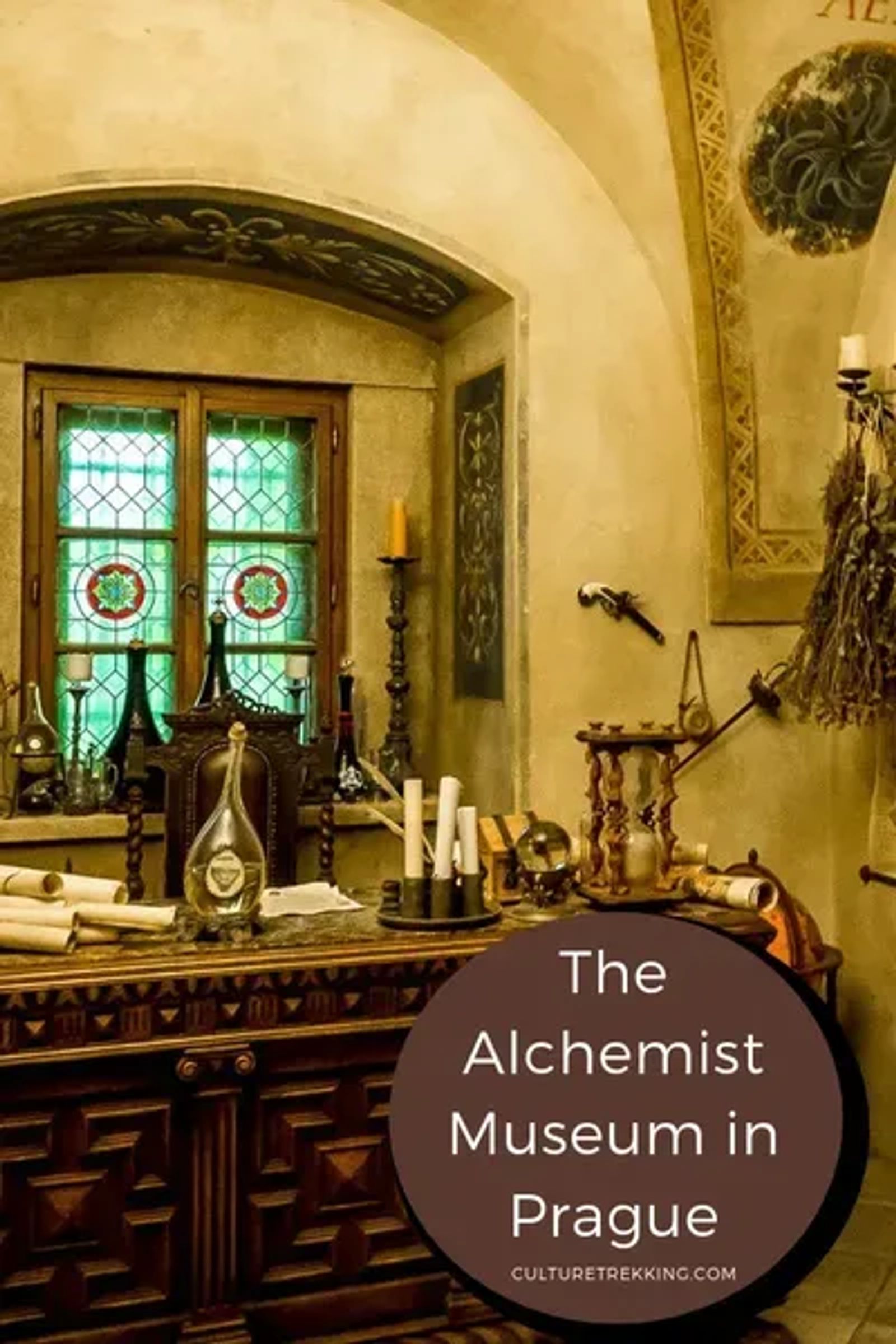 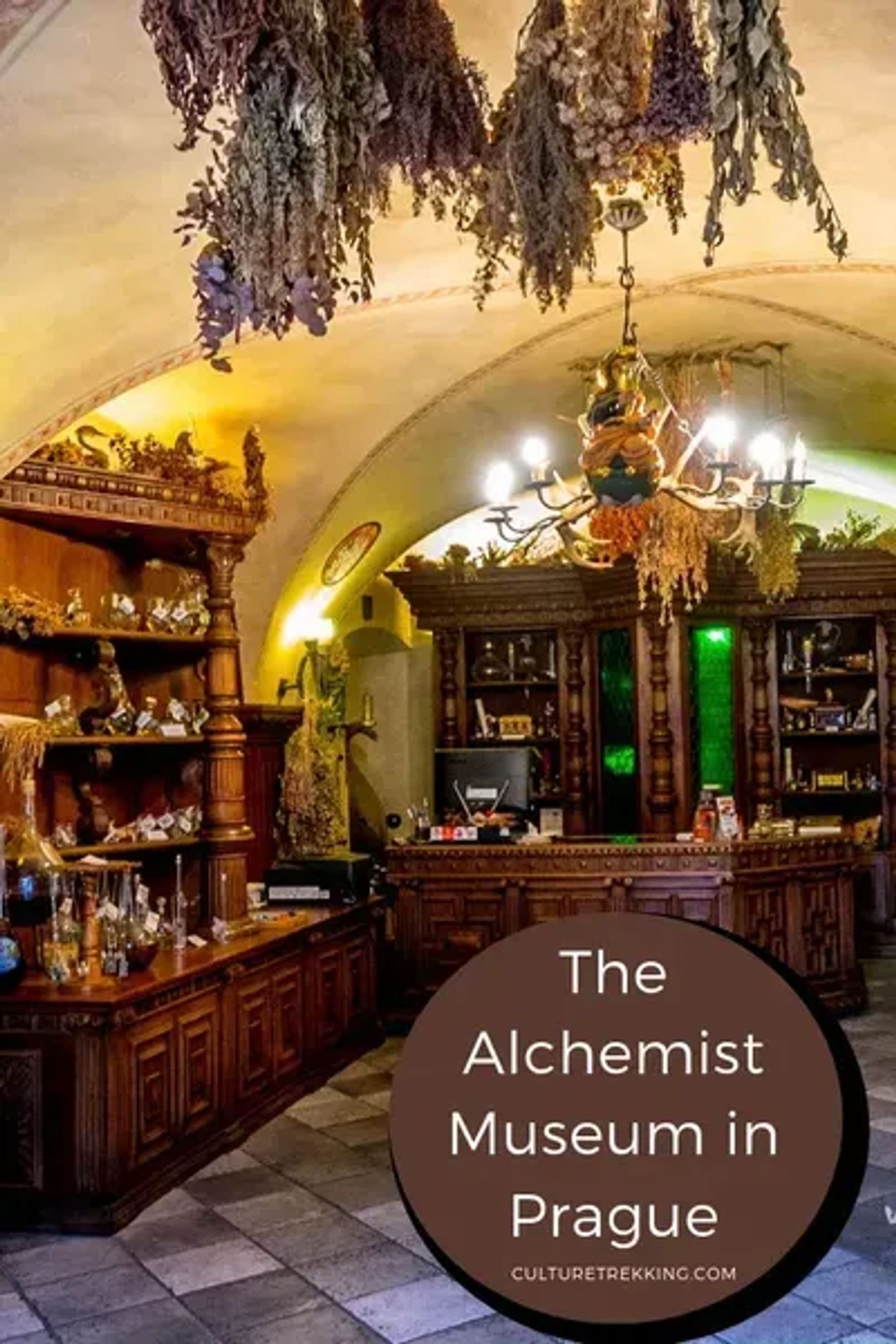 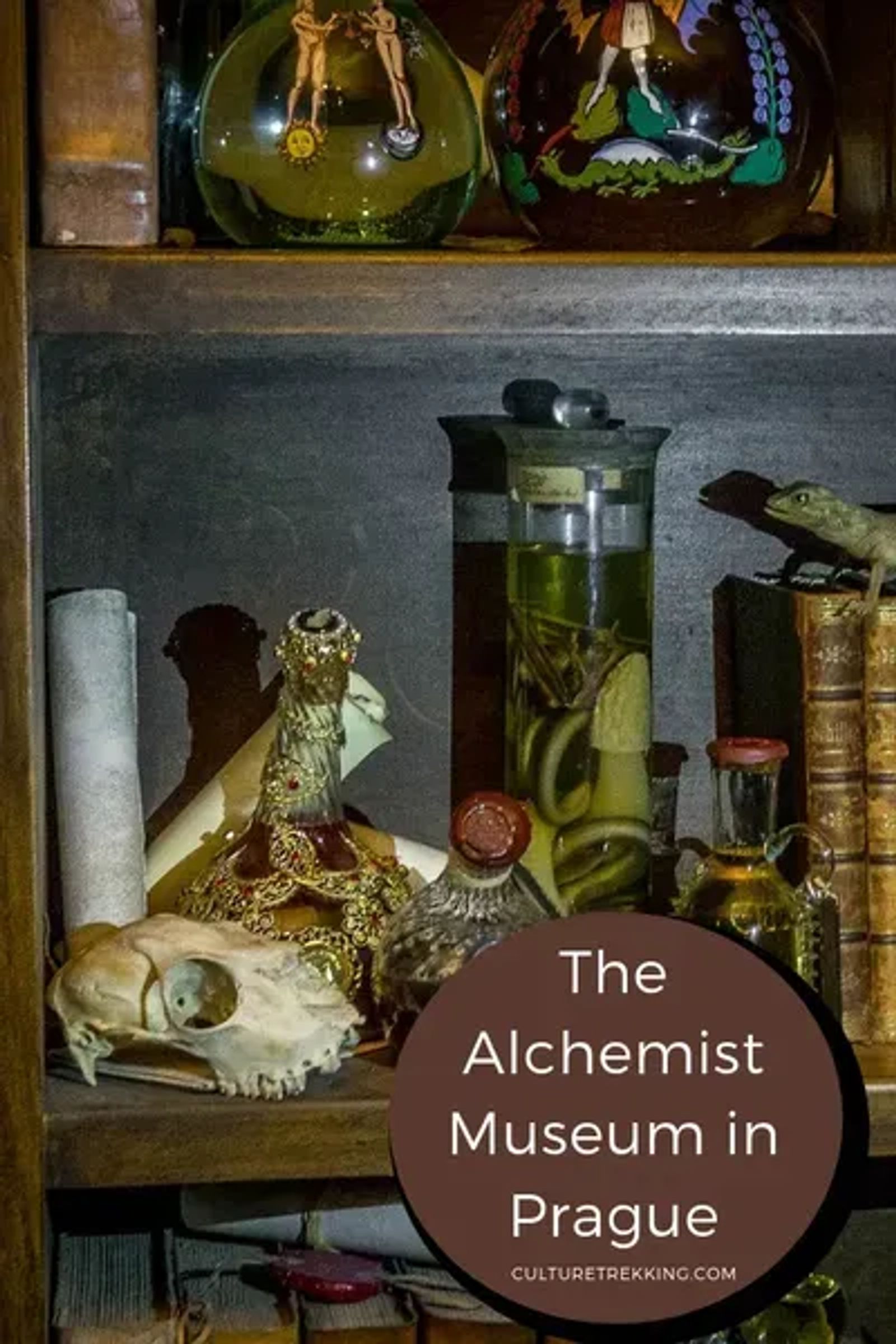