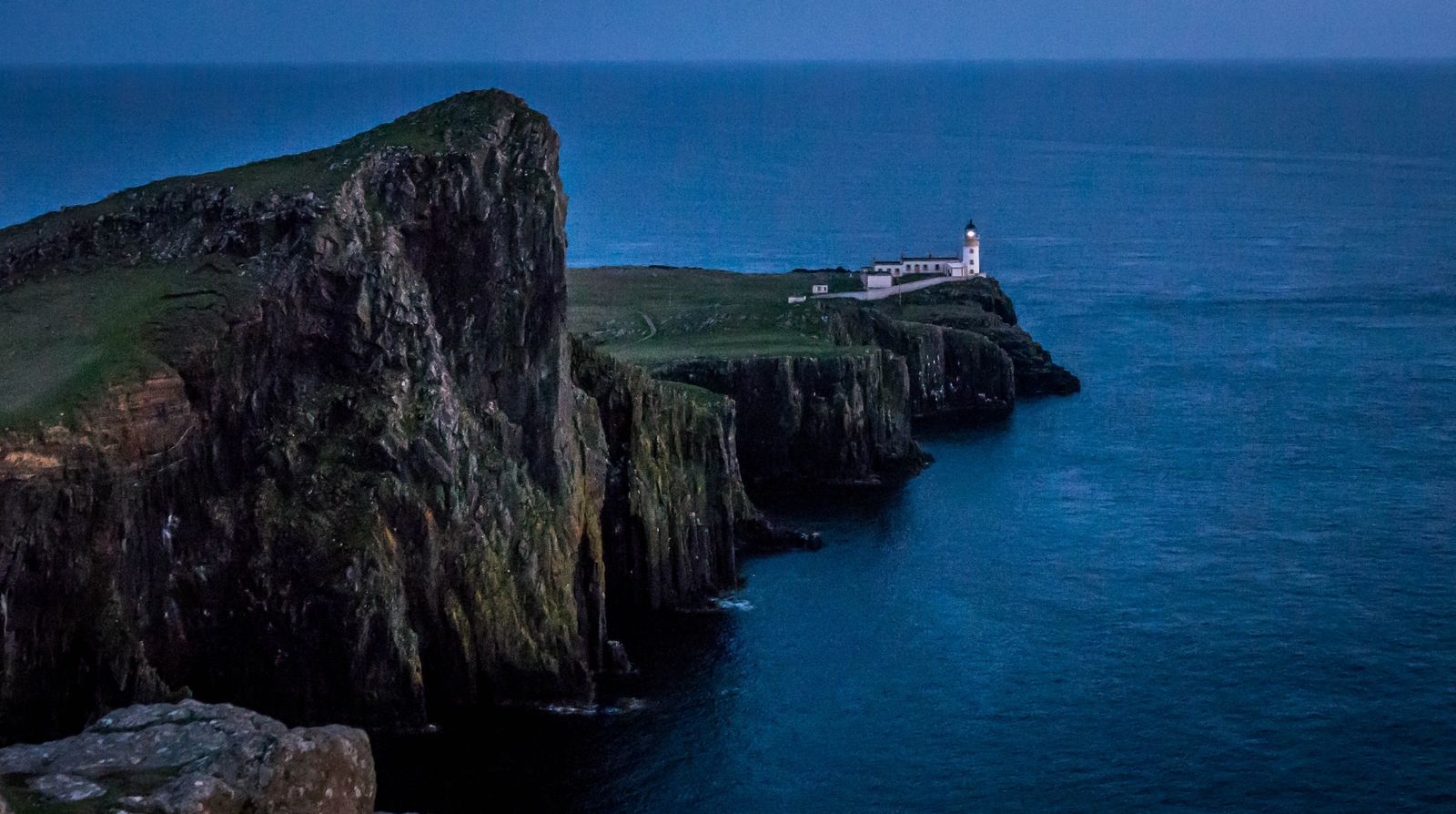 Neist Point Lighthouse on the Isle of Skye

Taking a road trip in Scotland is still one of my favorite things I have done while traveling. One of the highlights on this road trip was racing from Portree on the Isle of Skye to Neist Point Lighthouse.

Driving to Neist Point from Portree takes around one hour to drive. The roads to Neist Point Lighthouse felt like I was on a rural race car track, or a Scottish Mario cart. Winding frantically through the Isle of Skye countryside, racing the sunset, honking for the tiny lambs frolicking to a fro across the road with green hills as far as you could see. There were no cautionary signs like the states, and you don't dare try to blaze your own trail because large pockets of moss hide the pitfalls and potholes. I was so determined to see this place though, no one died, and I stayed within the respective speed limits (insert cough). 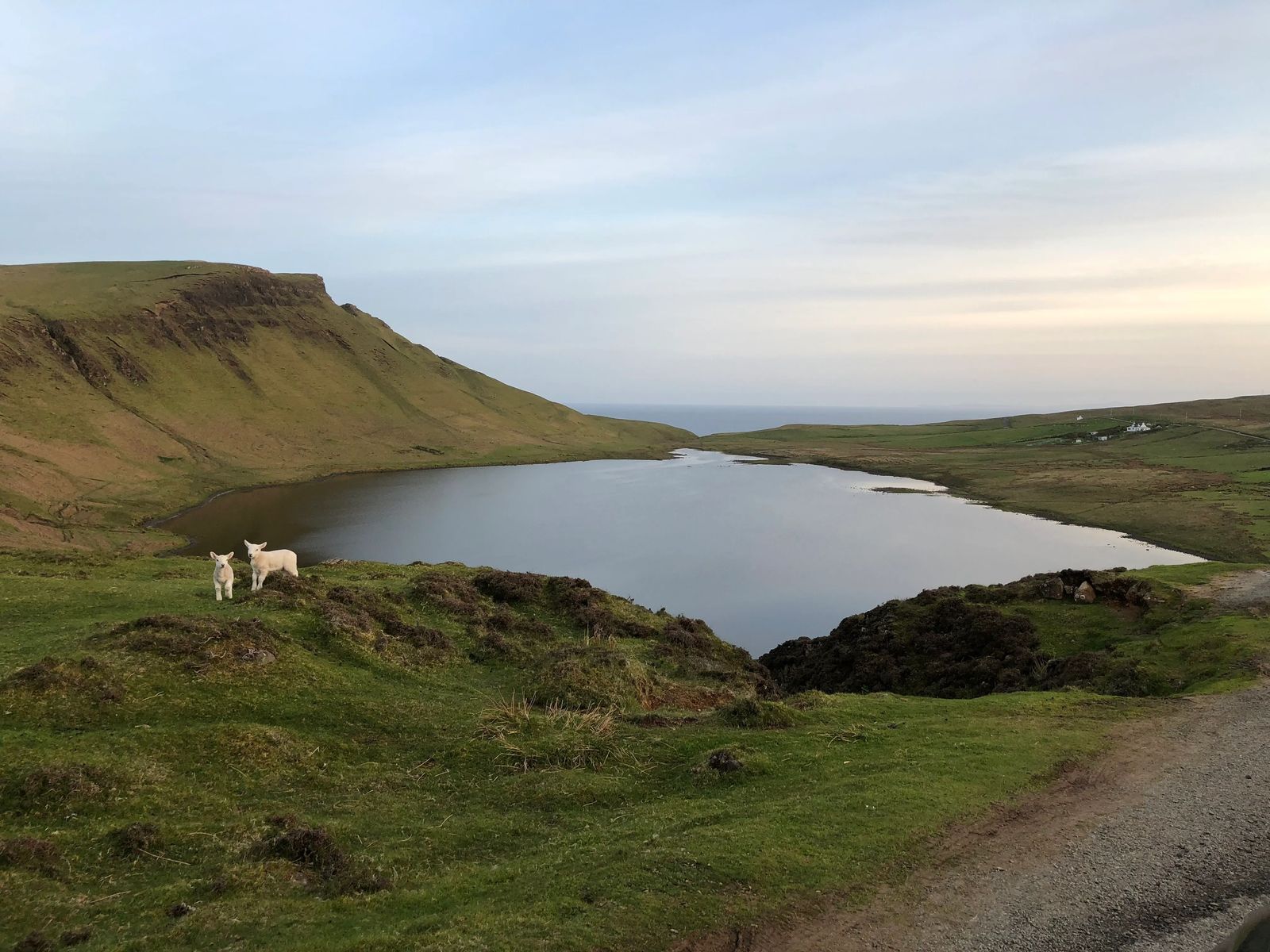 How To Get the Best View Of the Lighthouse

We reached the small parking lot, and there was a dilapidated looking shack with a wooden beam blocking any drivers from attempting to drive to the Neist Point Outlook.

From here you can either veer left to take the steep concrete path towards the lighthouse. Proceed with caution in a rainstorm as the stairs can get quite slick. Also remember the rule of hiking, where you hike down to, you must be able to hike up from. 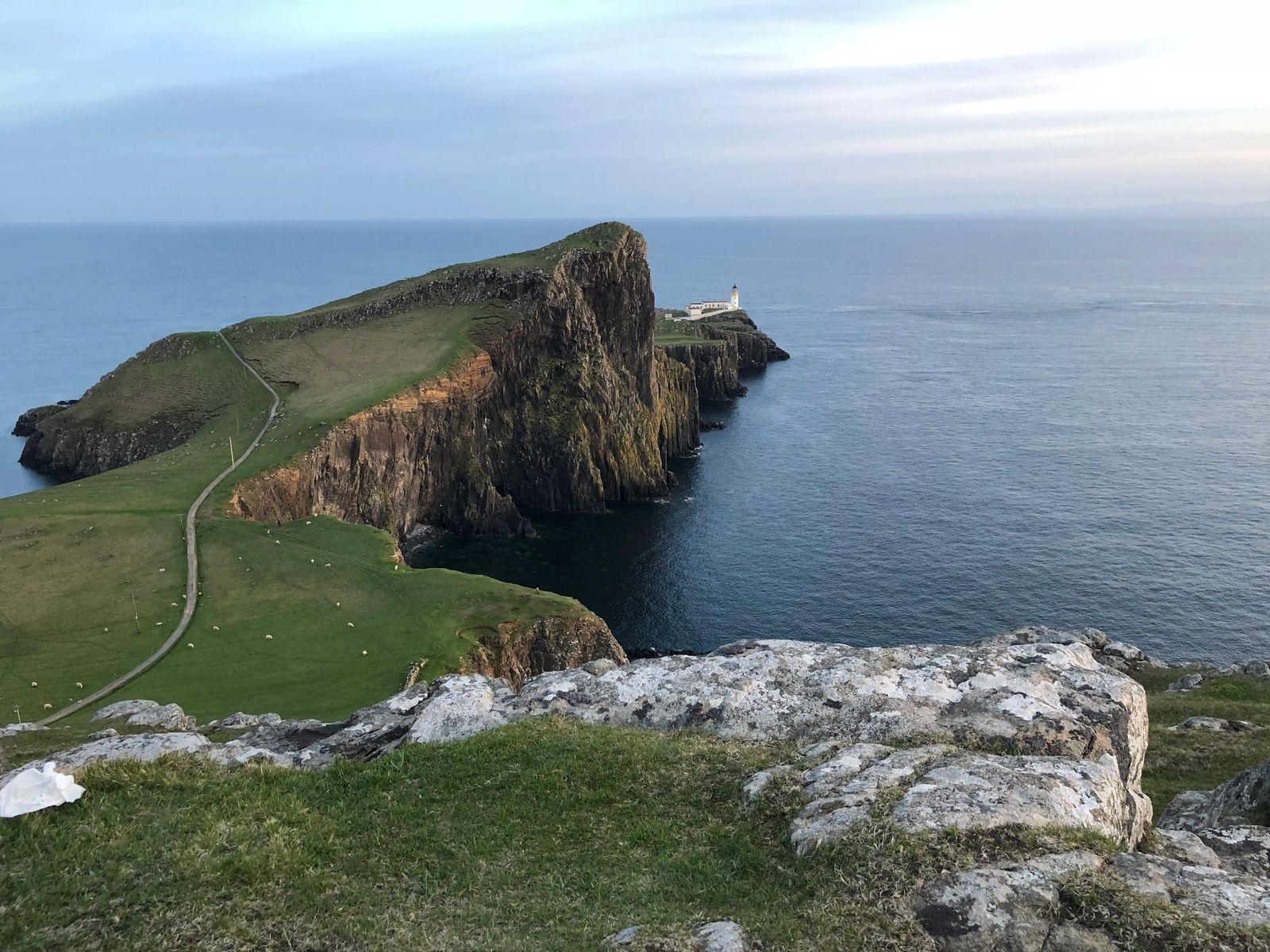 Veering to the right after you pass the former toll booth is the path we decided to take, as it leads you to an outcropping with a perfect view of the sweeping cliffs near the lighthouse with all of the birds that nest on its pillars.

The Hike to the cliffs is easy, I completed it in flip flop sandals. I would, however, recommend that you wear something that covers your whole foot with a warm windbreaker. The cold ocean winds can penetrate into you, so it takes hours for you to warm up after waiting for the sun to set and the lighthouse to turn on. 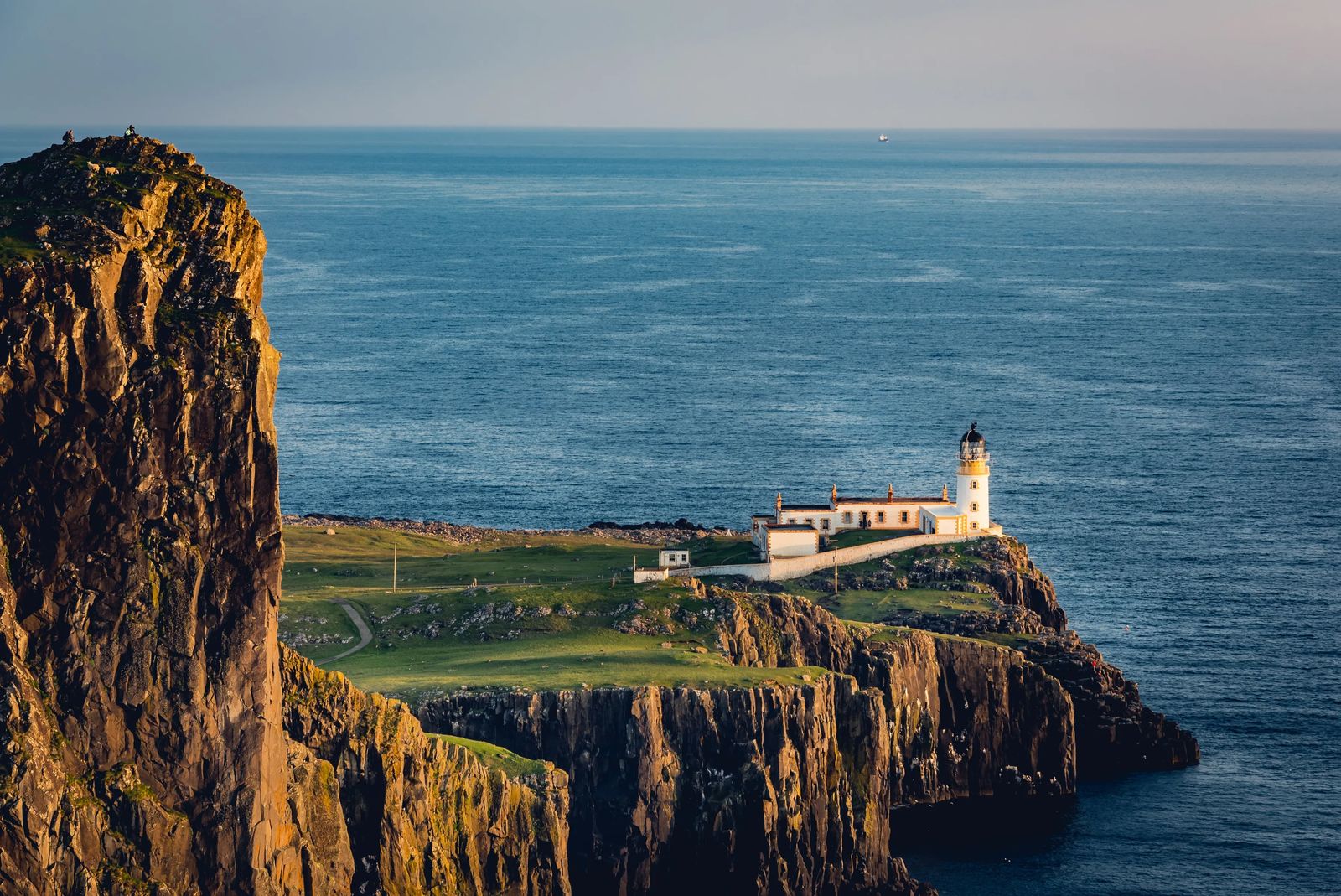 More Than Just A Photo

Waiting for the sun to set, it was fascinating to watch the other people on the edge of these cliffs. There was a sense of community, kindness, professional photographers perfecting their evening shots. After running around all over the Scottish Highlands seeing the sights, it was nice to arrive here at nine o'clock at night. The sun slowly changes the landscape and cliffs from the Golden Hour to the brilliant reds, oranges, pinks. The birds on the cliff face, slow their flight and settle into their nests.

A hush falls over the crowd, and the lighthouse comes to life. The light beams out over the vast ocean, guiding the ships to harbor as it has traditionally done since the early 1900's.

While I'm not a bird watching type, I am fascinated by birds in flight and there were plenty here to become entranced by. The cliffs near the lighthouse were teeming with sea-birds frolicking in the ocean winds blasting the coast. The most common sea birds in this area are gannets, black guillemots, razor bills and shags. 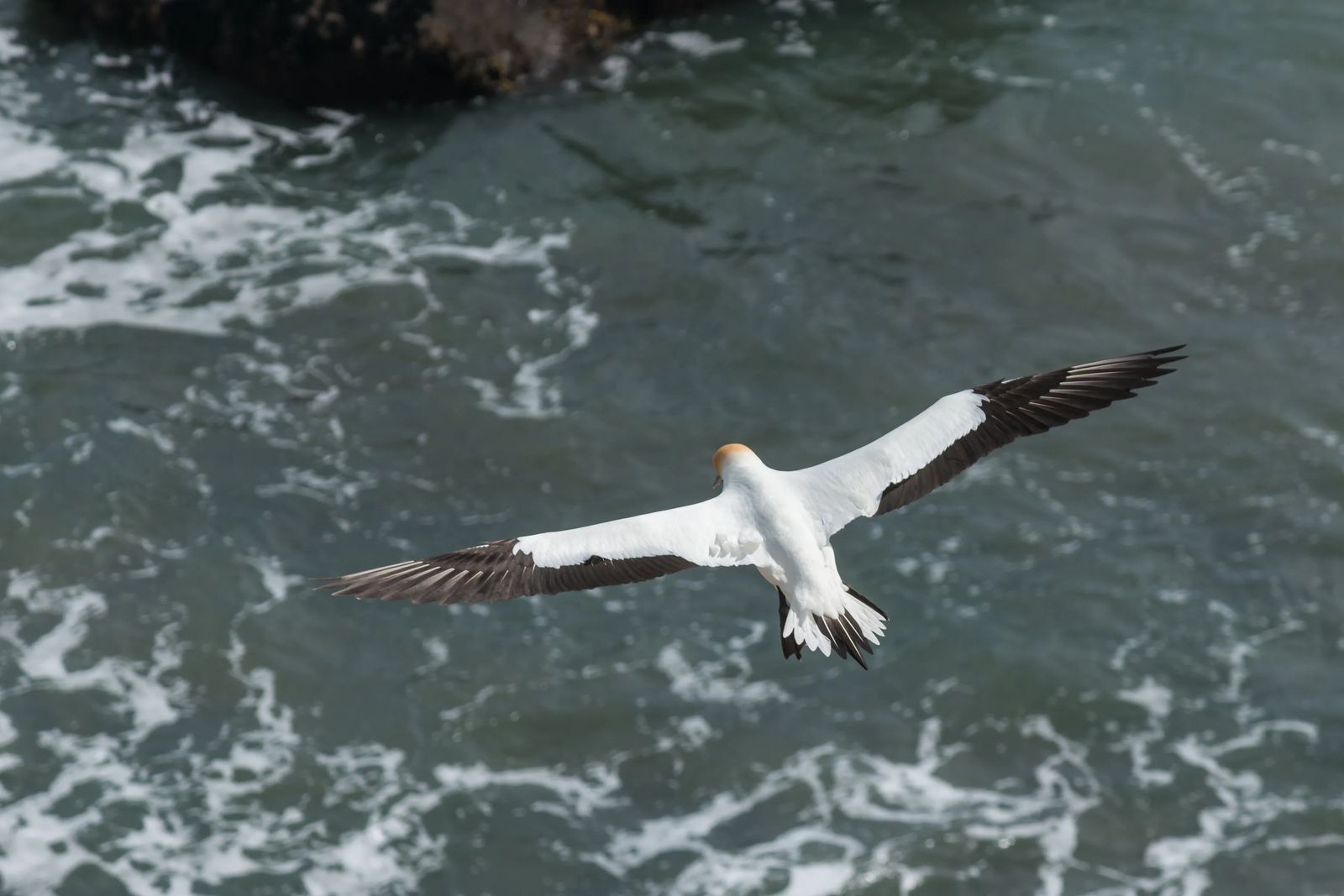 It isn't just birds who find the frigid waters near this coastline pleasant. Whales , dolphins, porpoises and basking sharks are commonly seen migrating around this area, and are frequented by brave scuba divers.

Fishing around the Isle of Skye is how most of the people in this area supplement their income during the off season. Just in this area, there are fourteen different species of fish that can be caught in Moonen Bay. 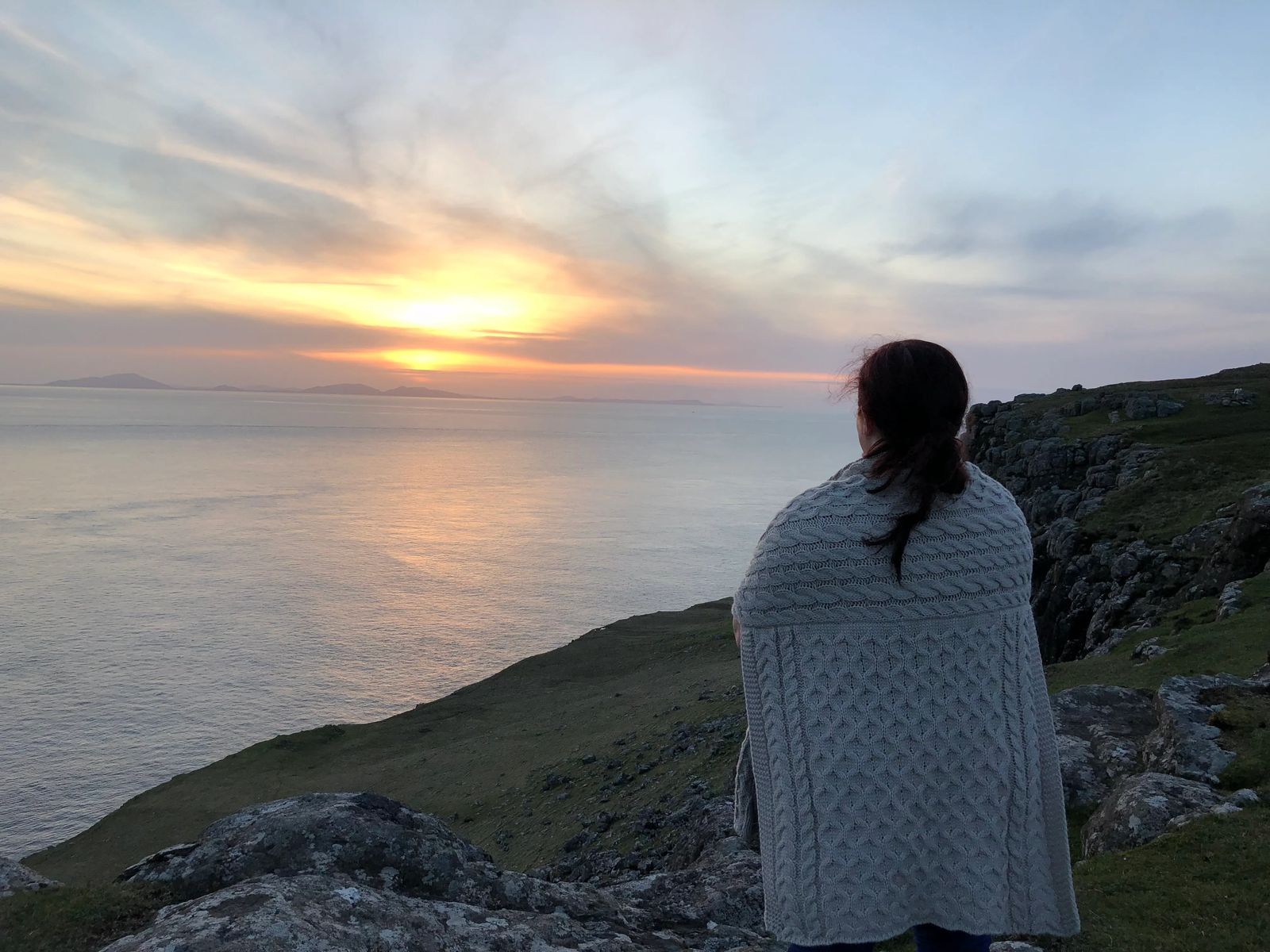 Claim to Fame and Future Plans for Neist Point

Neist Point was used for a number of scenes in the movie Breaking The Waves in 1996, starring Emily Watson.

It was also featured in 47 Ronin, starring Keanu Reeves, filmed on the headland at Neist in October 2012.

In 2013 there was talk of opening a small souvenir shop near Neist point, it was approved, but because of the relaxed nature of the Scottish Highlands - the building process has not happened yet. 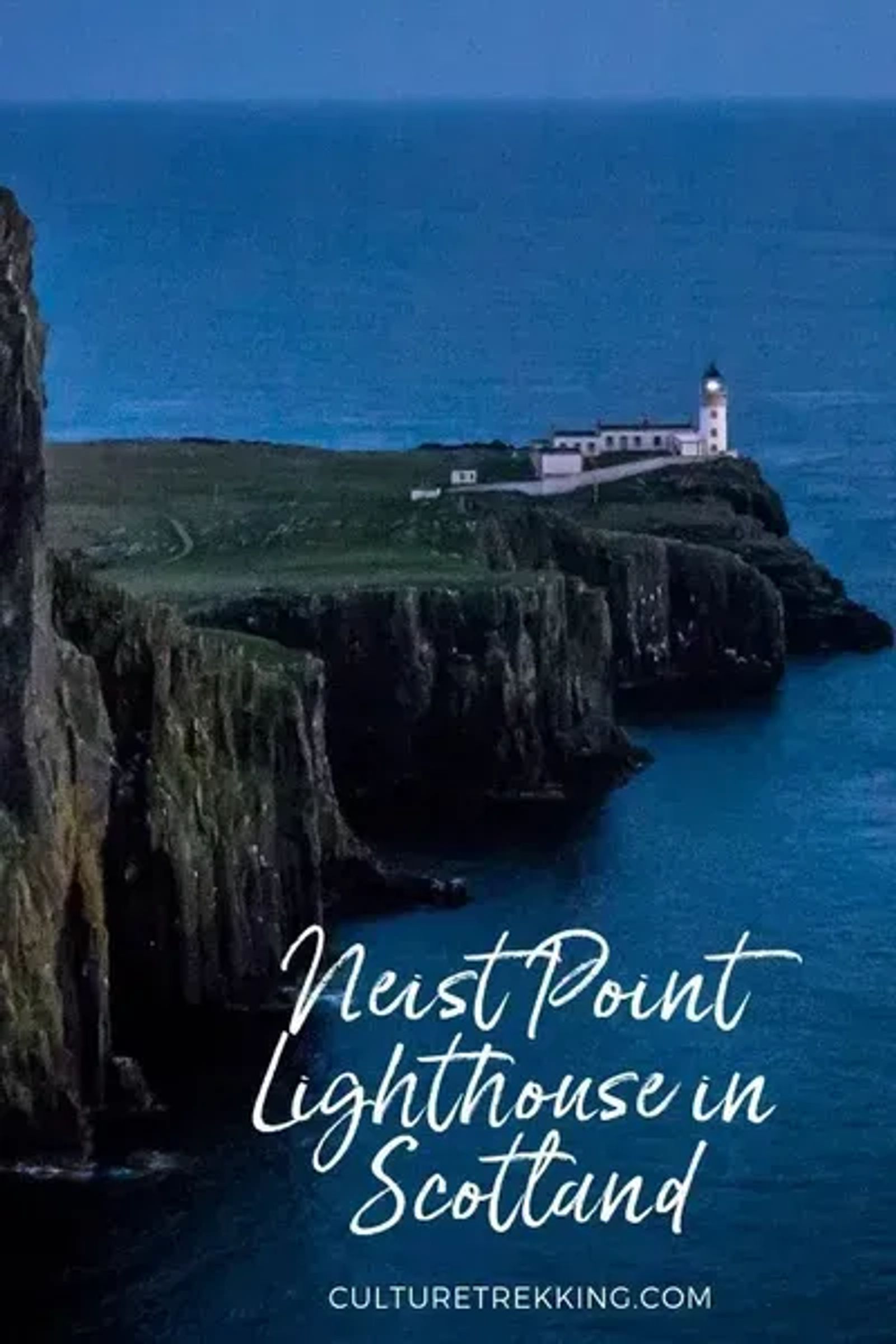 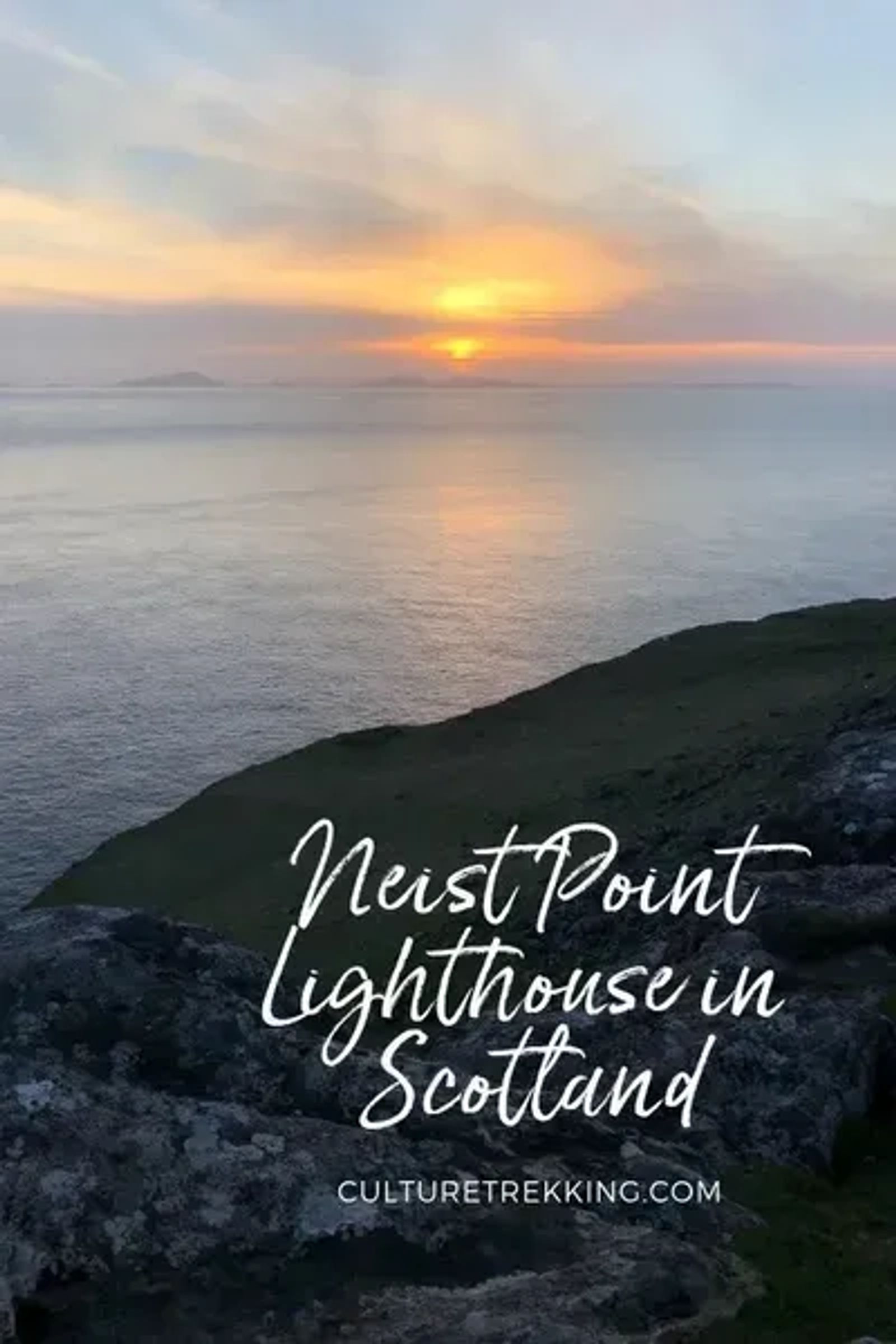 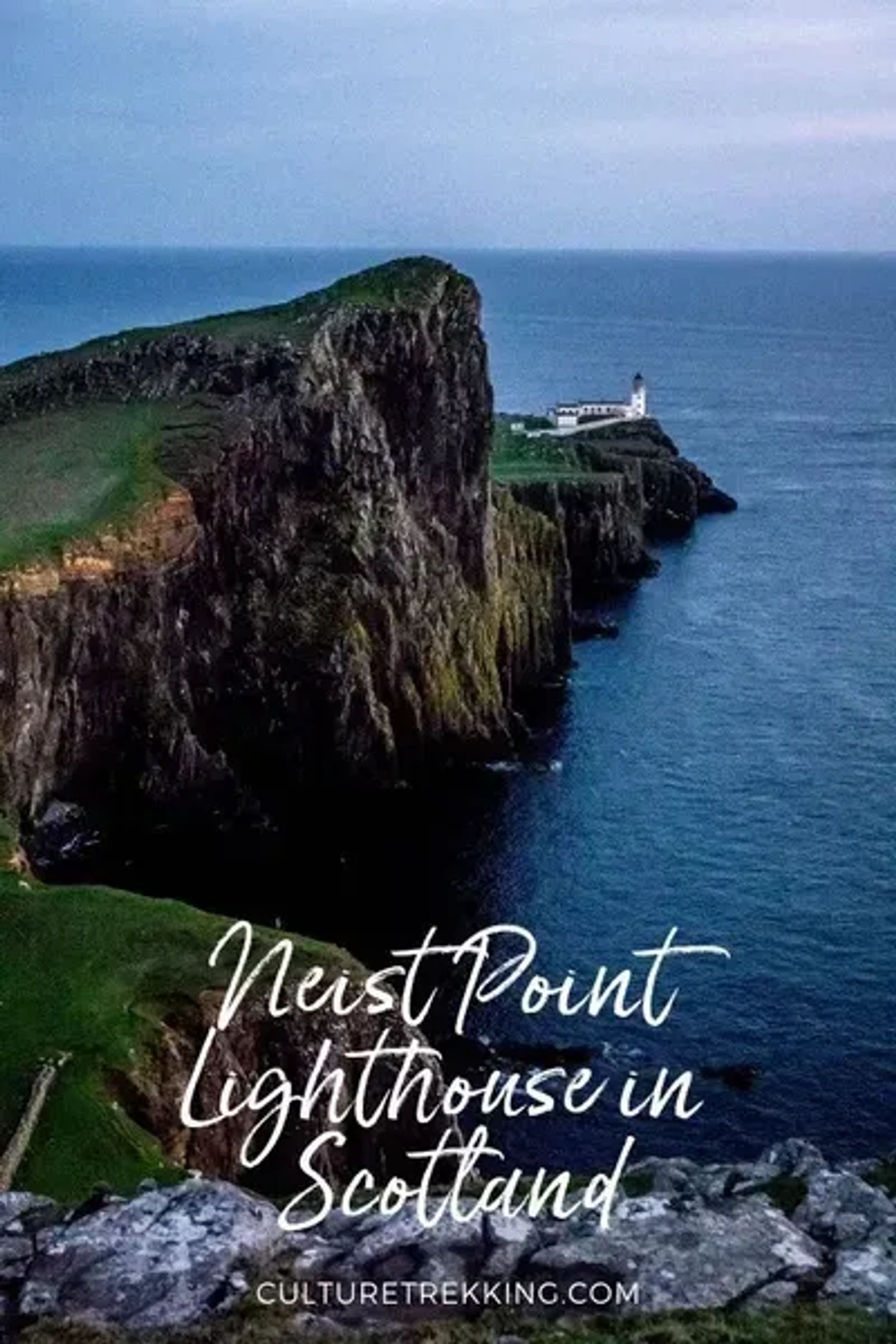