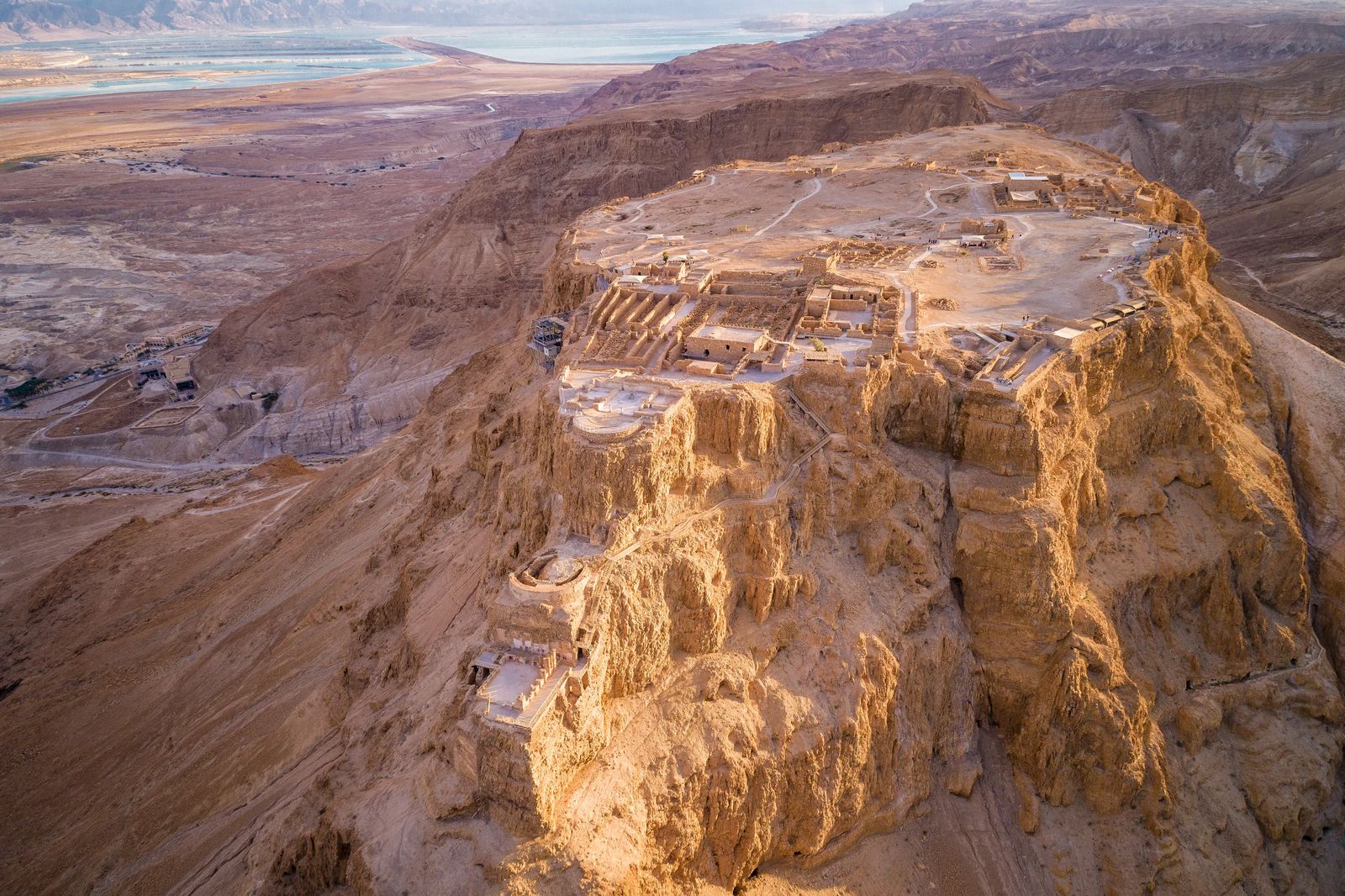 The Tragic History of Love, Courage, and Loss: Masada A UNESCO Heritage Site

It's over 2000 years old, but Masada still had such an impact on me. After walking through this ancient fortress, the end of its story moved me to tears.

Masada is located on top of an isolated cliff in the Judean desert where it overlooks the Dead Sea. It's a popular place for tourists from Israel to visit because it is such an integral part of the Jewish history.

How to get there

The 421 bus travels from Tel-Aviv Arlozorov Terminal every day at 9 am and arrives at 11:47am. Returning, it departs Maddalena at 16:13 and reaches Tel-Aviv at 19:08. They don't allow you on the bus if you have gone swimming in the dead sea due to mud making the seats wet and dirty. They do have showers at the Dead Sea, but I don't think shampoo or soap is allowed.

The cost for a taxi all day, including a visit to Masada and the Dead Sea, will probably run you around 1200-1500 shekels including waiting time, round-trip, for two people.

Locals actually suggest renting a car for one day and enjoying your time at these two places. It would be cheaper than using a taxi and what if you miss the bus? You could do a tour out here, but it's quite expensive.

Masada can get extremely hot at the top. We were there in April and had to take several breaks around the top to cool down, get water, and find shade. We were warned several times not to try and hike to the top, via the stairs. They told us about a German tourist who had won several marathons and was built "like a rock"-- she ended up getting heat stroke when she reached the top and had to visit the hospital afterwards. Granted, she did run up the stairs, but my advice: be smart, don't be stupid.

The only history of Masada that we know of is from Josephus Flavius's writings titled, "The Jewish War"; interestingly enough, he was actually born Joseph ben Matityahu. Matityahu is a Jewish name, so why would he change his name to Flavius, which is a distinctly Roman name? It was after he was appointed Governor of Galilee when he led the Jewish Rebellion in 66 CE.

Masada was built between 37 and 31 BCE by Herod the Great, who was King of Judea and wanted a refuge for himself. This fortress was built with storehouses and large cisterns that have an amazing engineering feature of utilizing and storing rainwater in gigantic cisterns that still work today. The fortress also included rainwater, barracks, palaces, and an armory.

Herod the Great died (likely from Chronic Kidney Disease), and 75 years later the Jewish Rebels, part of the Great Jewish Revolt, took over the Masada fortress. The Jewish Zealot refugees joined them there, and it was their stronghold for the next three years while they continued to harass the local and surrounding Romans.

Then in 73 CE, the Romans decided they had enough. Roman governor Flavius Silva marched against Masada with the Tenth Legion. They didn't just bring the Tenth legion though, they also brought thousands of Jewish Prisoners of War, for the sole purpose of killing their own people or dying themselves.

You can see that on the west side of the park there are still remnants of the enormous ramp built by hand, and the Roman encampments that had were also erected.

This ramp is what lead to the tragic loss of lives within Masada. The leader of the Jewish inhabitants decided that instead of being captured by the Romans, then brutally tortured and tossed in the Gladiator games, suicide would be a better choice.

The Jewish Zealots literally gathered straws, the 10 with the shortest straws killed everyone else. Then the last 2 survivors killed the rest and then killed each other. That night, 1,000 men, women, and children died. The next morning, they were found by the Roman legion.

The Fate of Masada

I couldn't believe that their situation would drive so many to death. It really broke my heart and made me think of how terrible it must have been. I imagined myself looking at a sure fate worse than death; to be captured by the Roman soldiers who were know to rape, beat, and torture for sport at the gate, then looking into my sister or child's eyes and knowing they would face even worse, and having to make a choice to end their life. Having to possess the courage to end your child's life, someone who trusts you implicitly to not hurt them, and knowing that when you completed the act, they wouldn't understand. How could you do it? How could you be driven to that place where doing that would be better than being captured? It made me cry, literally, right there, because of both the terror and the courage these people must have felt to have to do this.

It is likely the most humbling place I have been to date. The pain was still palpable. I don't know that I will ever return, and even writing about this has been difficult. I am very passionate about history and remembering it though so that we don't repeat it.