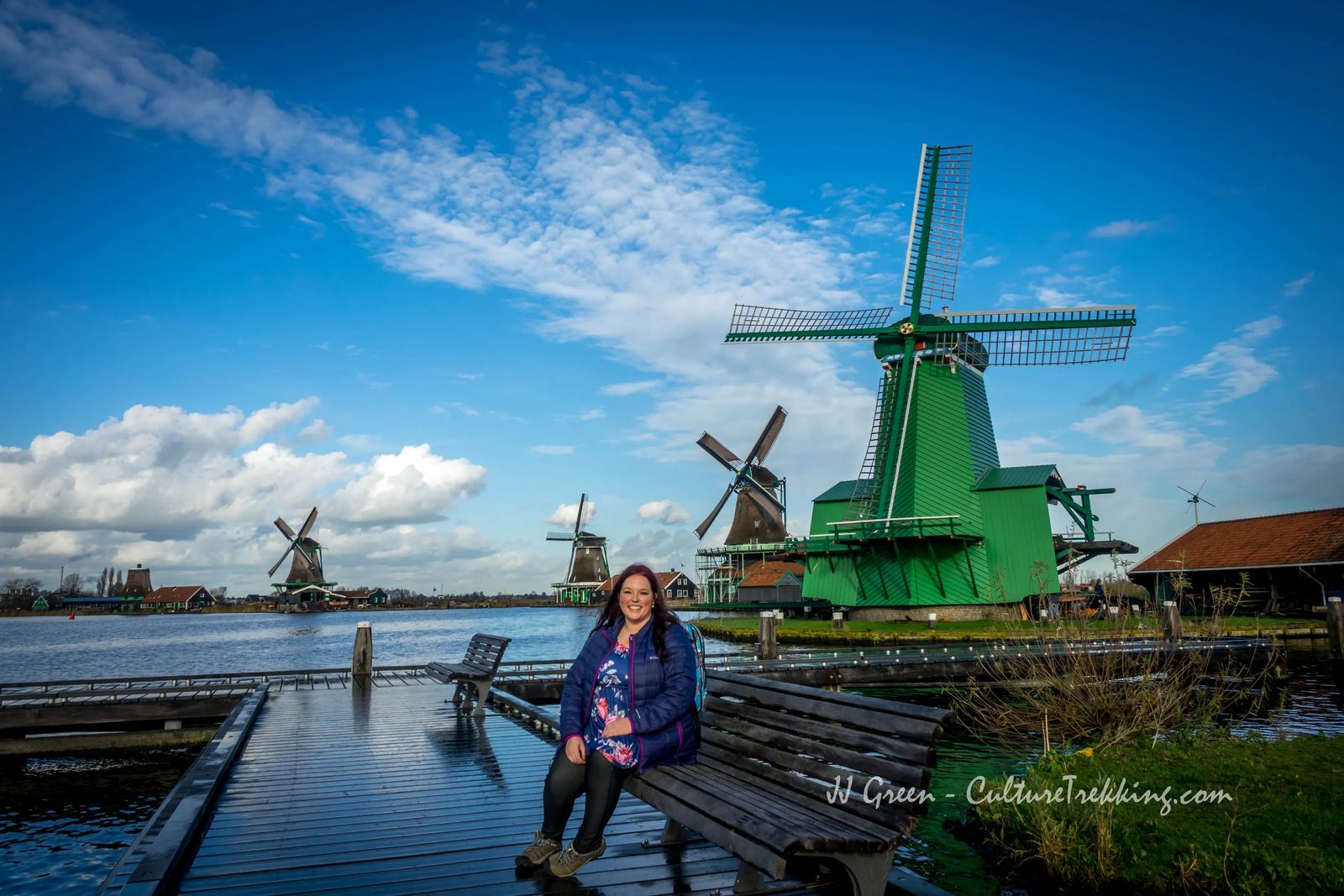 History of Windmills in the Netherlands

Windmills have been recorded since clear back in the 12th century. Most of these records point to windmills being used as some of the first water pumps. The complicated building process, and intricate details of working these gentle giants is amazing in and of itself. When you couple this with the history of Windmills in the Netherlands, it will give you a new appreciation for this natural energy. 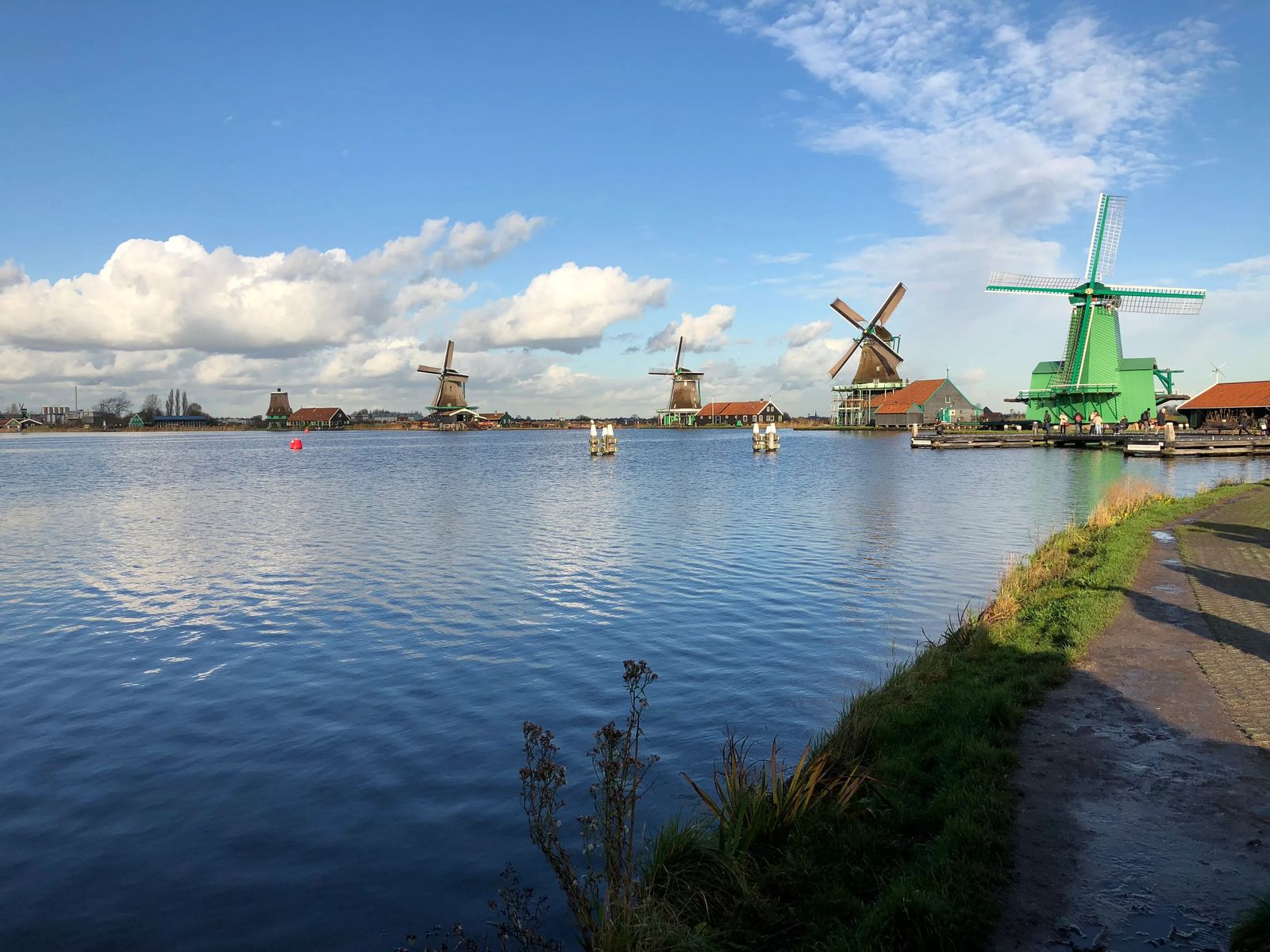 The Humble Beginnings of Windmills

In a letter dated the Thursday after St. Nicholas's Day of the year, 1299, John the First, Duke of Brabant and Limburg, grants to Arnoldus, named Heyme, as an addition to the territory the latter held in fee from him, the right to erect a windmill between the village of Hamoda van Rode (Sint Oedenrode) and Skinle (Schijndel), in the place which he should consider the most suitable, and for this purpose grants to him the hereditary right of free wind. (The oldest known document containing a reference to windmills is considered to be the privilege which was granted to the burghers of the town of Haarlem in 1274 by the Count Floris V.)-- (see source here) 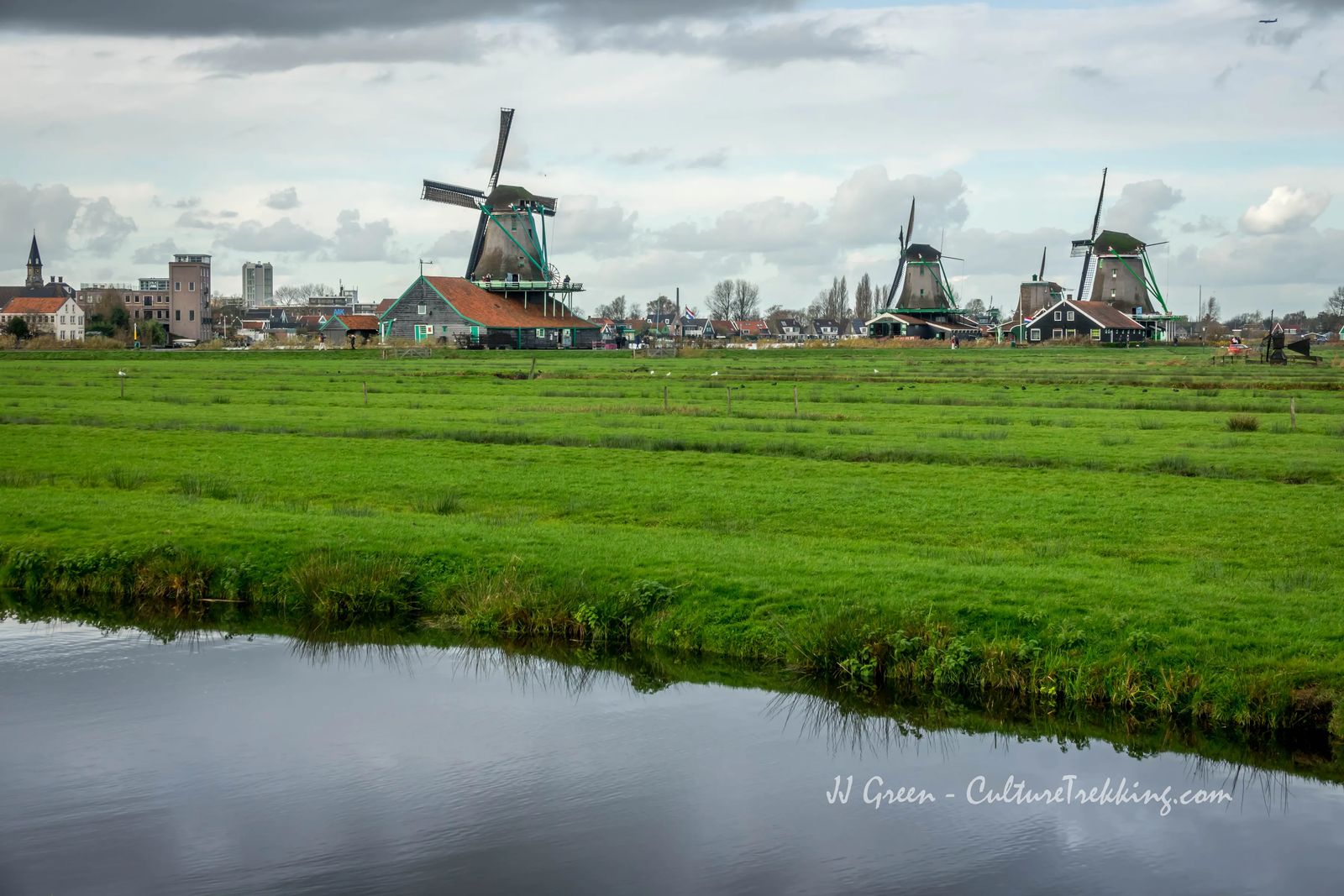 The Necessity of Windmills Increased

It was the year 1421 when St. Elizabeth's Flood hit Holland. A heavy winter storm rolled in on the night of November 18th and massive waves brutalized the Dikes, striking them without mercy. The primitive Dikes gave way and all the lower lands of Polder were rapidly flooded. Without our modern technology, nearly 30 villages were swept up in this cataclysmic disaster, killing thousands. The Rijksmuseum holds several paintings depicting this terrible natural disaster. Here you will see the devastation of families being swept away, bodies floating in those towns and being fished out by the surrounding village people. The damage was not only done to their physical surroundings, but would remain like a festering wound on the people of Holland. 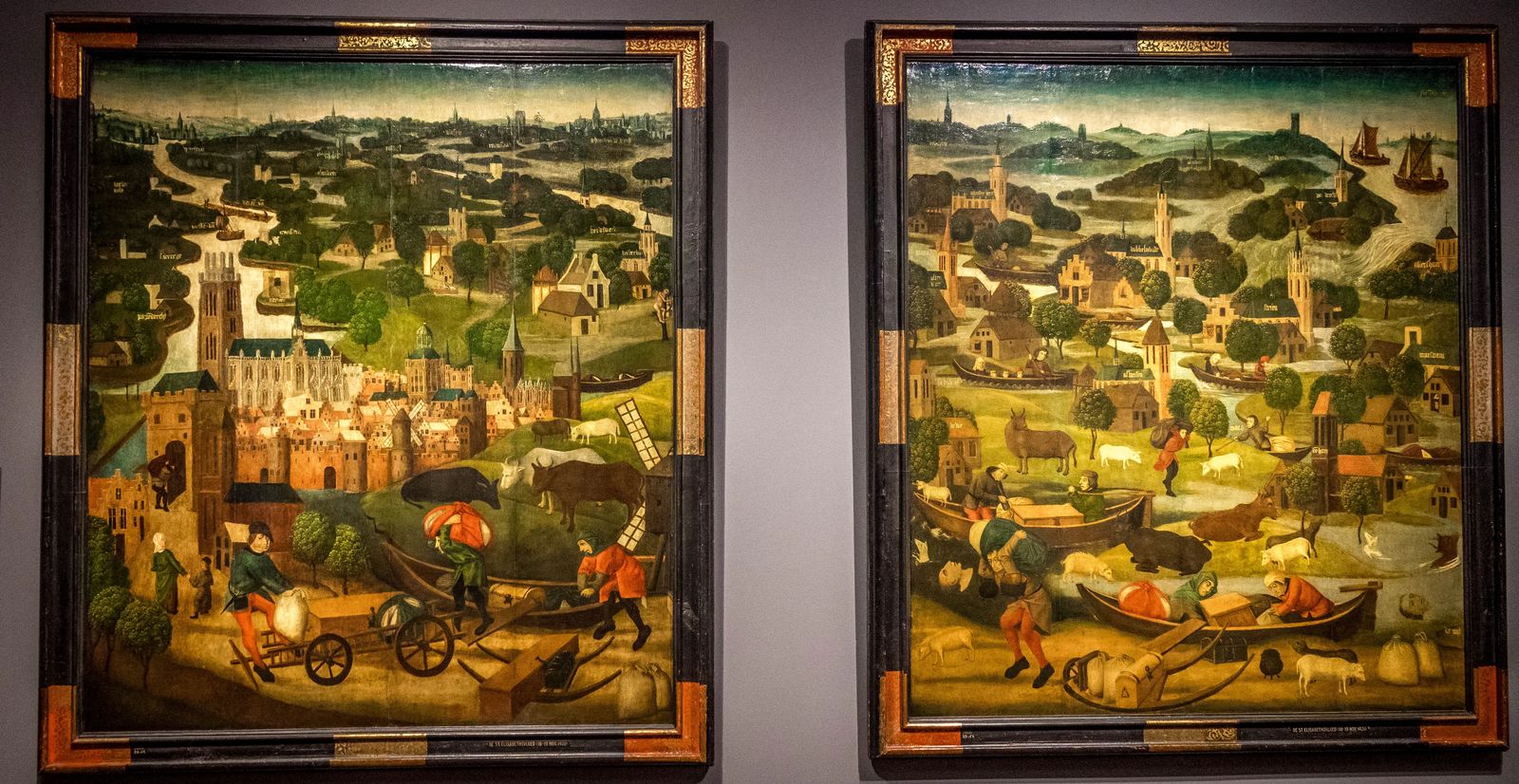 The Evolution of the Windmill

In the next two centuries, the Windmills of the Netherlands would begin to evolve. The Internal structures were adjusted, tweaked, and changed, and the Sawmills were created. This enabled the rapid building of fleets of ships which gave way to the East Indian Company and the Dutch Golden Age.

This is the point in the Netherlands history where their ships, trade, and production of goods shaped much of what the Netherlands is today. The East Indian Company gave rise to the Delft Pottery, Tulip stock markets, and the Dutch people earning the title of 'The Water People' because of their ability to flourish not just at sea, but to transform their wetlands. 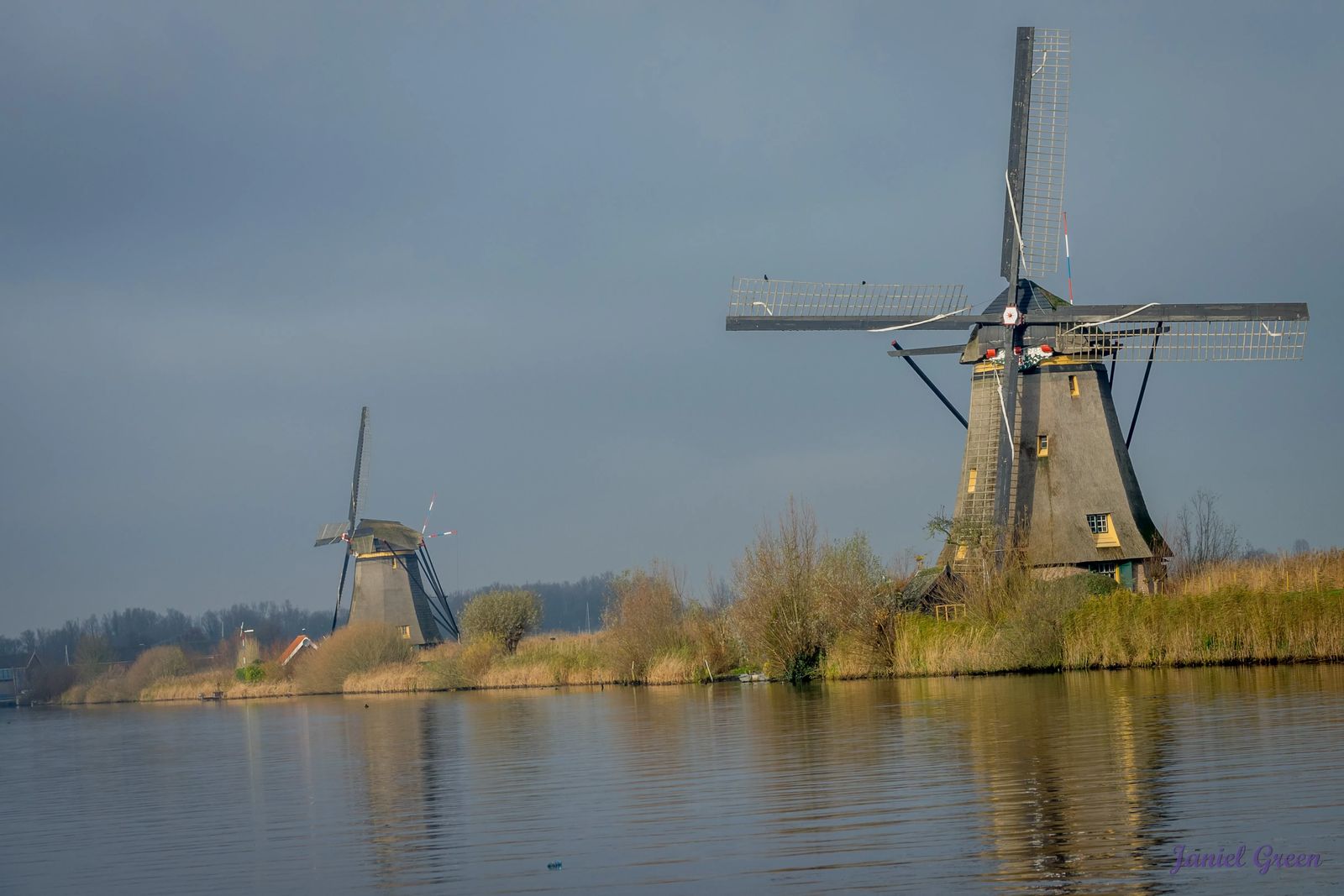 The production of Windmills peaked in the 19th century with nearly 9,000 working windmills. The production of items such as artistic pastel colors, flour, wood, chocolate, and yarn also increased.

Yet these gentle giants would be abandoned for steam power. Why? Because as a Windmill worker, if the wind was blowing, then you were working. It did not matter what time of day it was if the wind appeared; money was to be made through work. When steam was introduced, the option to sleep during the night became a better situation for its workers and eventually many of the windmills fell into disarray and decay.

Where are the Windmills Today?

In the 20th century, a Dutch Windmill society came through and with the help of numerous donations, many windmills were restored and now preserved in a town called Zannse Schans. Although this town is quite touristic, it gives some lovely views of the iconic Dutch Windmills.

A trip to Kinderdijk (see map to Kinderdijk) will put you right in the middle of a masterful engineering feat and World UNESCO Site as of 1997. This is where you will truly see just how astoundingly simple, yet powerful these gentle giants can be. You will witness the soggy ground of the Netherlands, ride a boat through the waterways, and see Windmills which are still occupied and operated to keep the towns dry.

Kinderdijk is also the site of the old St Elizabeth's flood, where Kinderdijk actually means 'Children's Dyke' after a cradle had been found bobbing up and down in the water after the flood with, what is assumed, the house cat keeping the cradle steady. 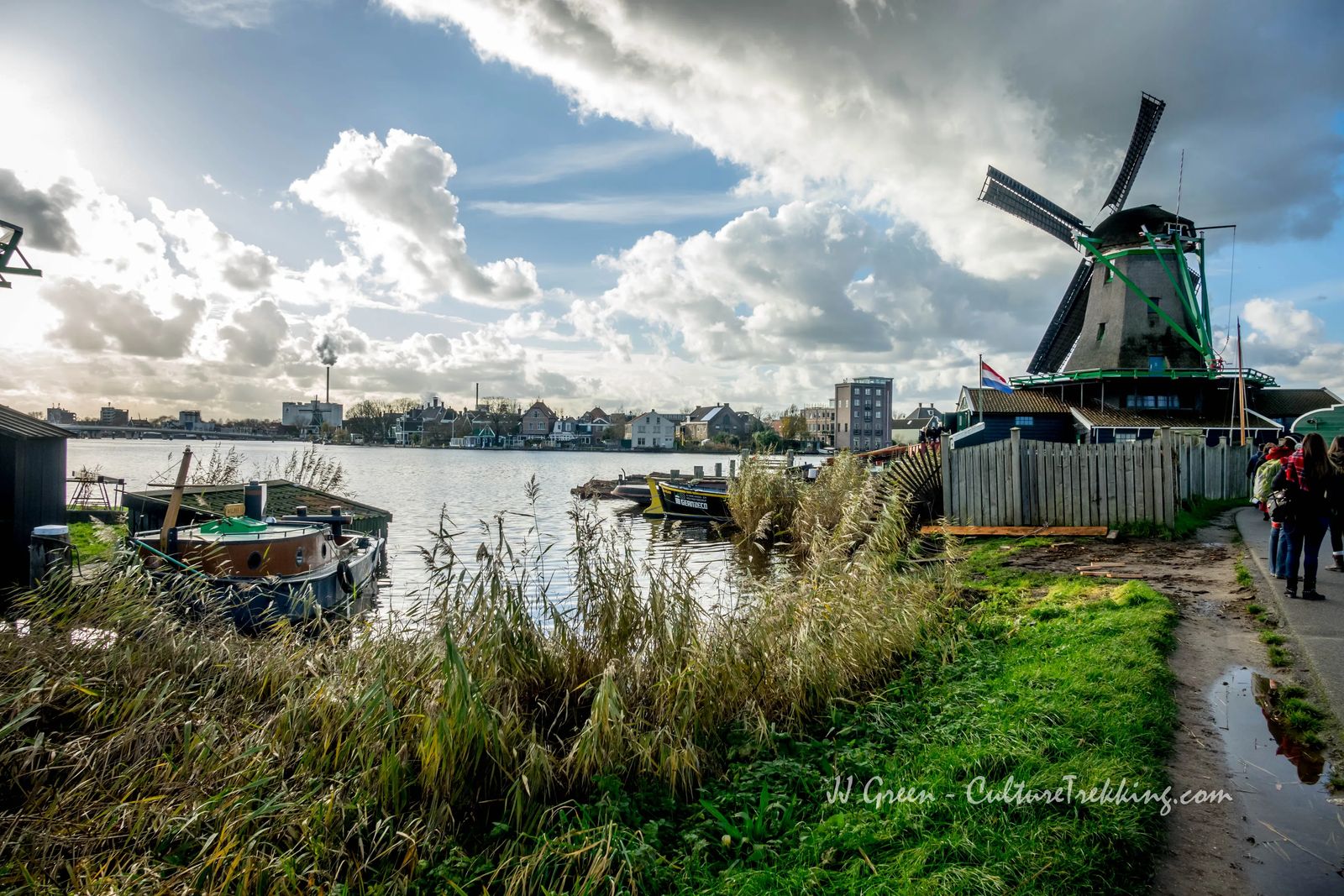 How to Visit these famous Windmills

Really, no matter what train or bus you get on, you can see windmills along any of your rides. I would recommend visiting Kiderdijk though because of its historical significance and Zaanse Schans for the views and ability to showcase the complexity of these clean energy engineering masterpieces.

To get to Zaanse Schans, take bus 91 from Central Station and it drops you off within a 1-minute walk of the start of the walkways to the Windmills. Be sure to check out the Museum inside. The cost is 5.50 Euros for a roundtrip ticket to Zaanse Schans. (Night bus rides cost around 7.50 and the bus drivers do have change, should you need it).

To get to Kinderdijk, leave from Amsterdam Centraal to Rotterdam Blaak and transfer from the train to the 144 Bus towards Ridderkerk. For the most up to date information regarding bus times, visit Rome2Rio.com and take a screenshot before you leave.
I hope you enjoyed this post as much as I loved revisiting what I now call 'my windmills'. My Great-Grandfather was from Holland and actually helped run one of the mills here in my hometown, so these were very special places for me to visit. If you decide to visit, you will be greeted by warm volunteers who love to hear your background story and make you feel as if you are traveling with your uncles.
If you have any suggestions on other windmills or picturesque places our Culture Trekking Community can visit, do not hesitate to list them below.

Happy Travels, Happy Tales, and see you on the flip side. 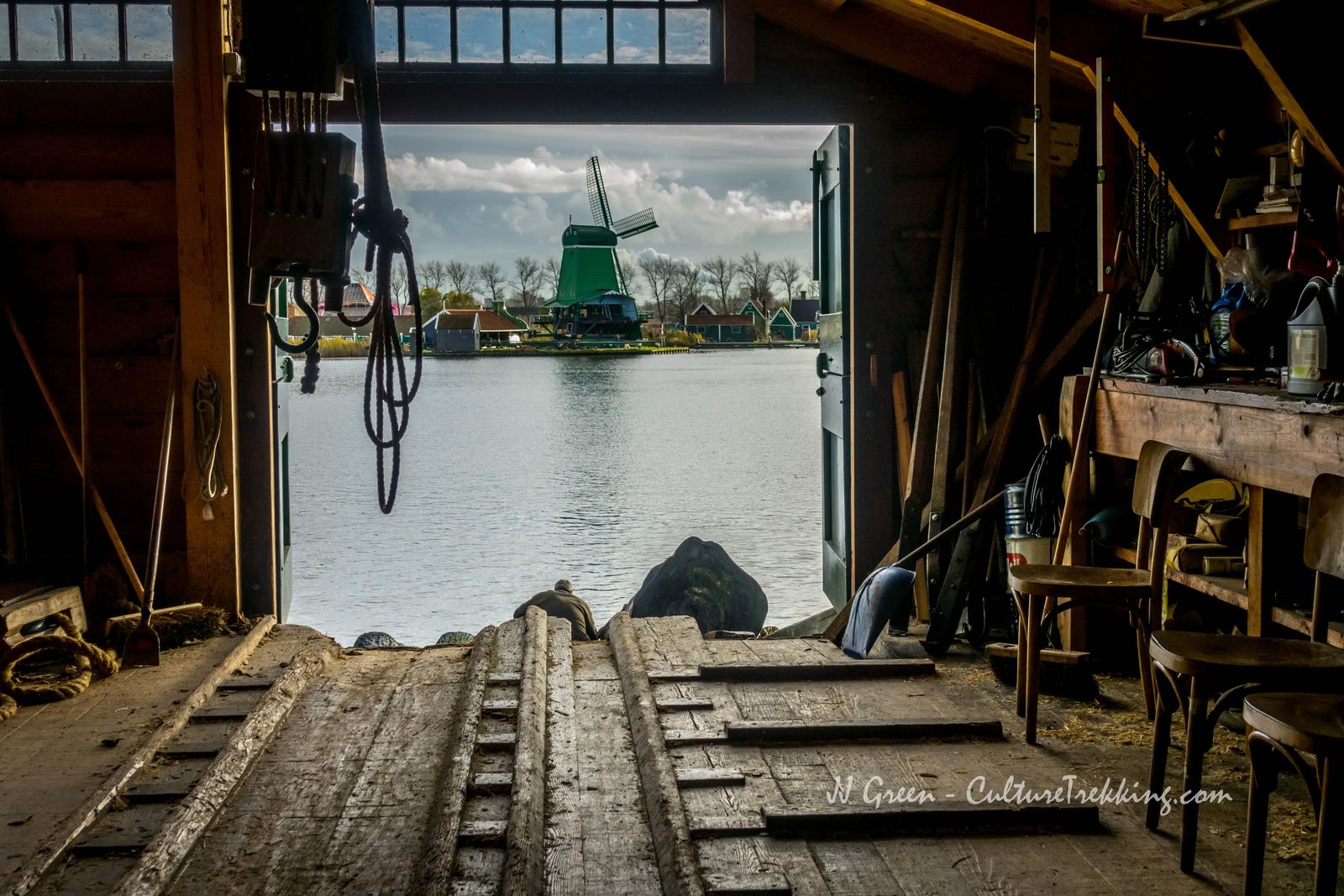 Where To Stay In Amsterdam 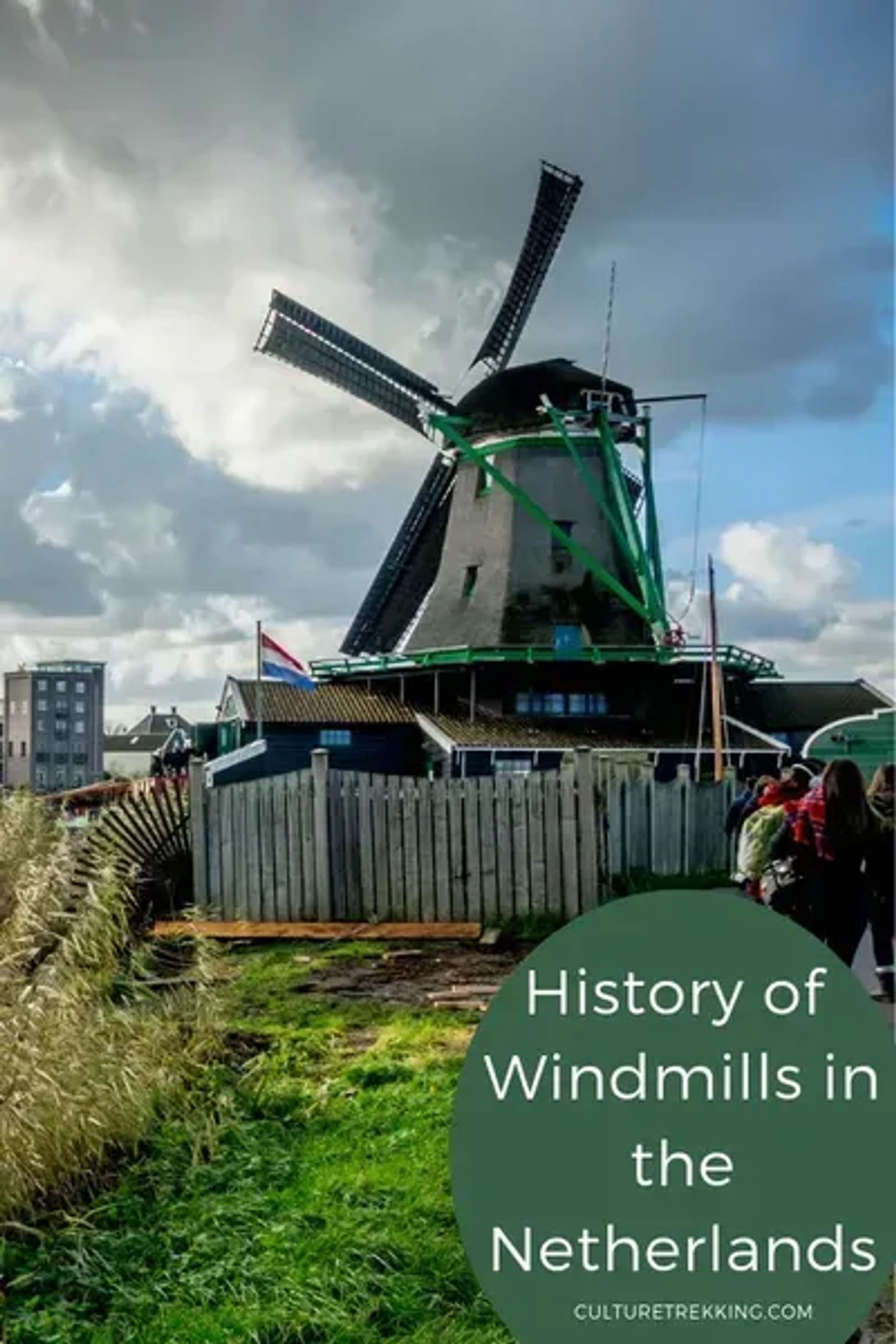 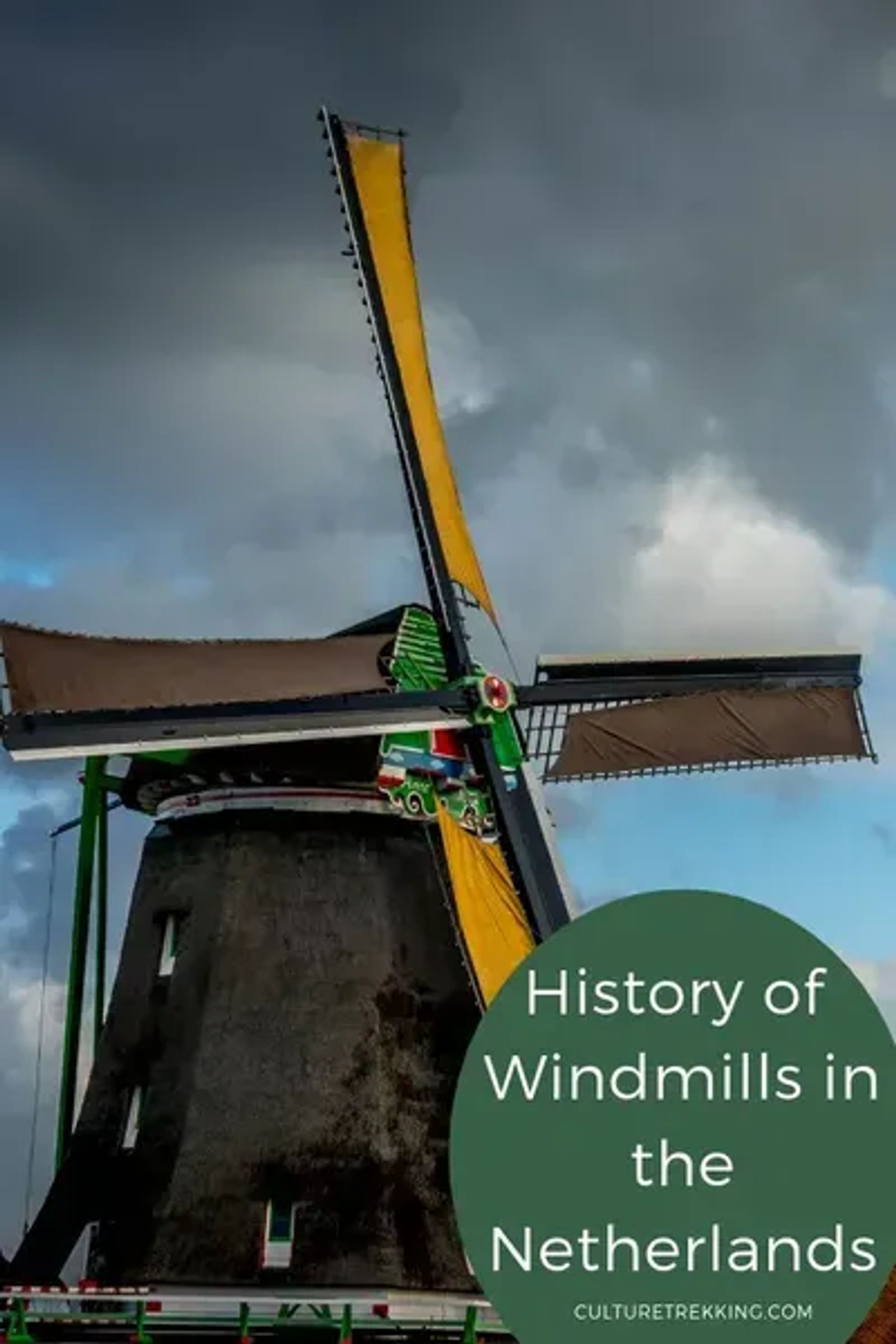 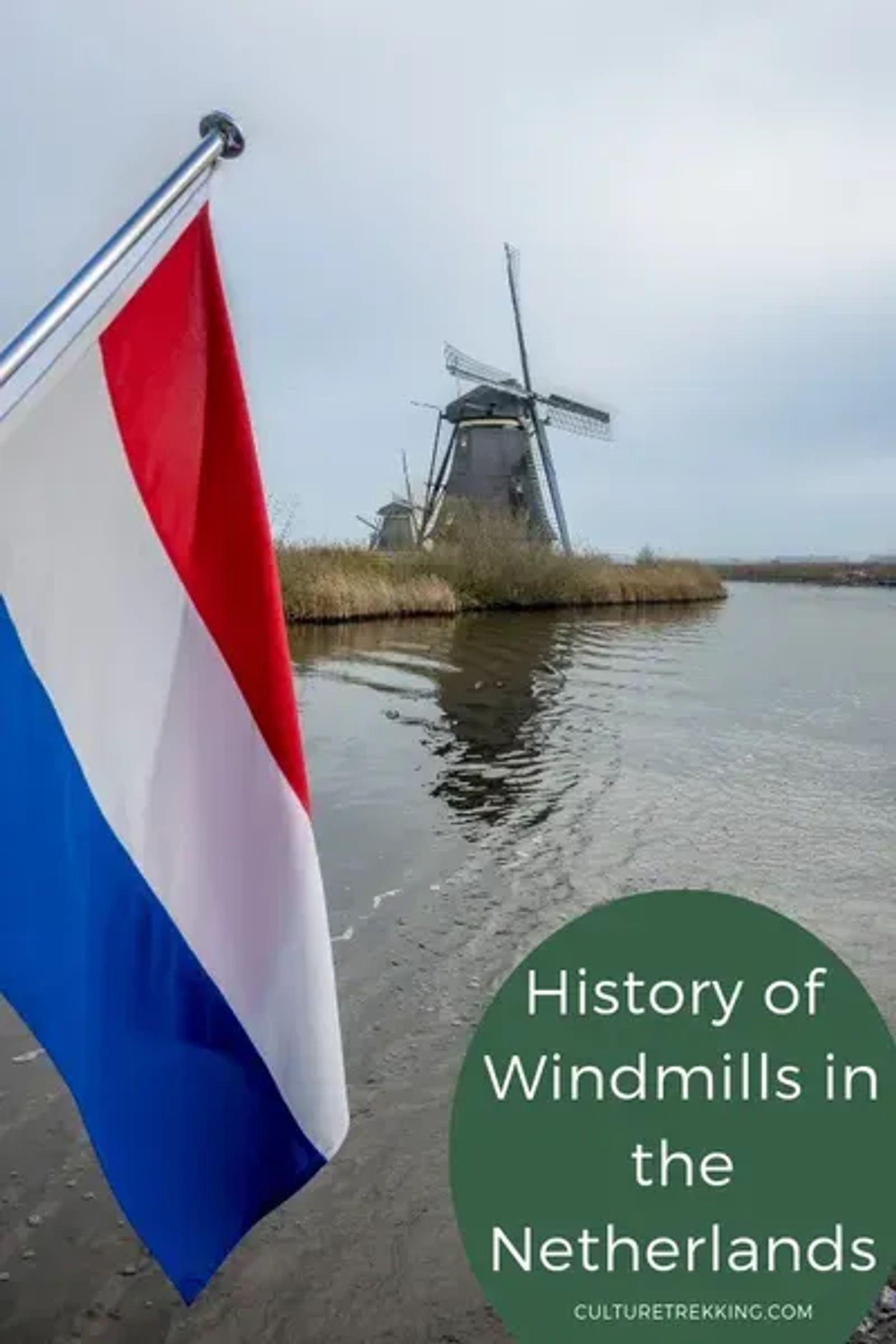 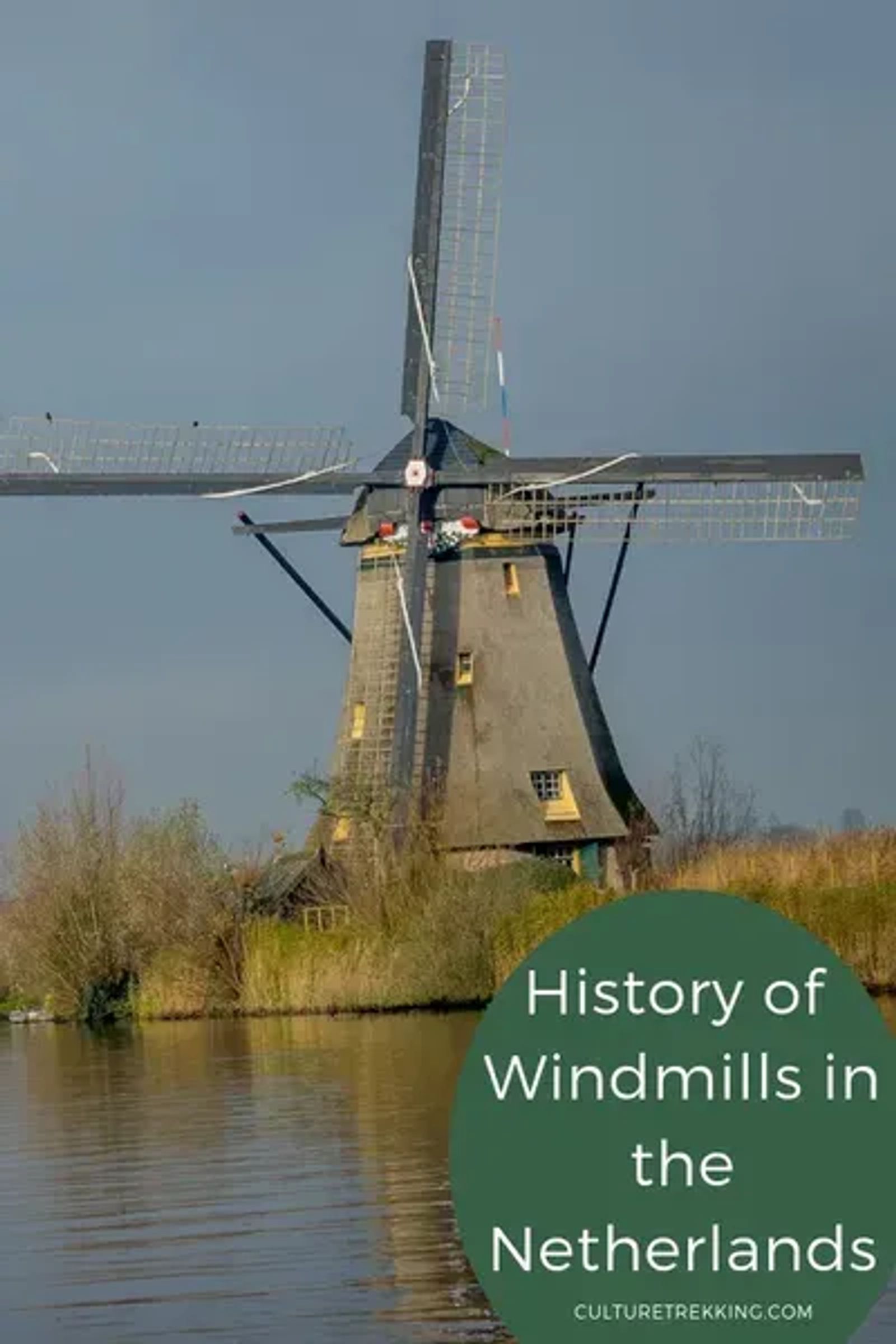 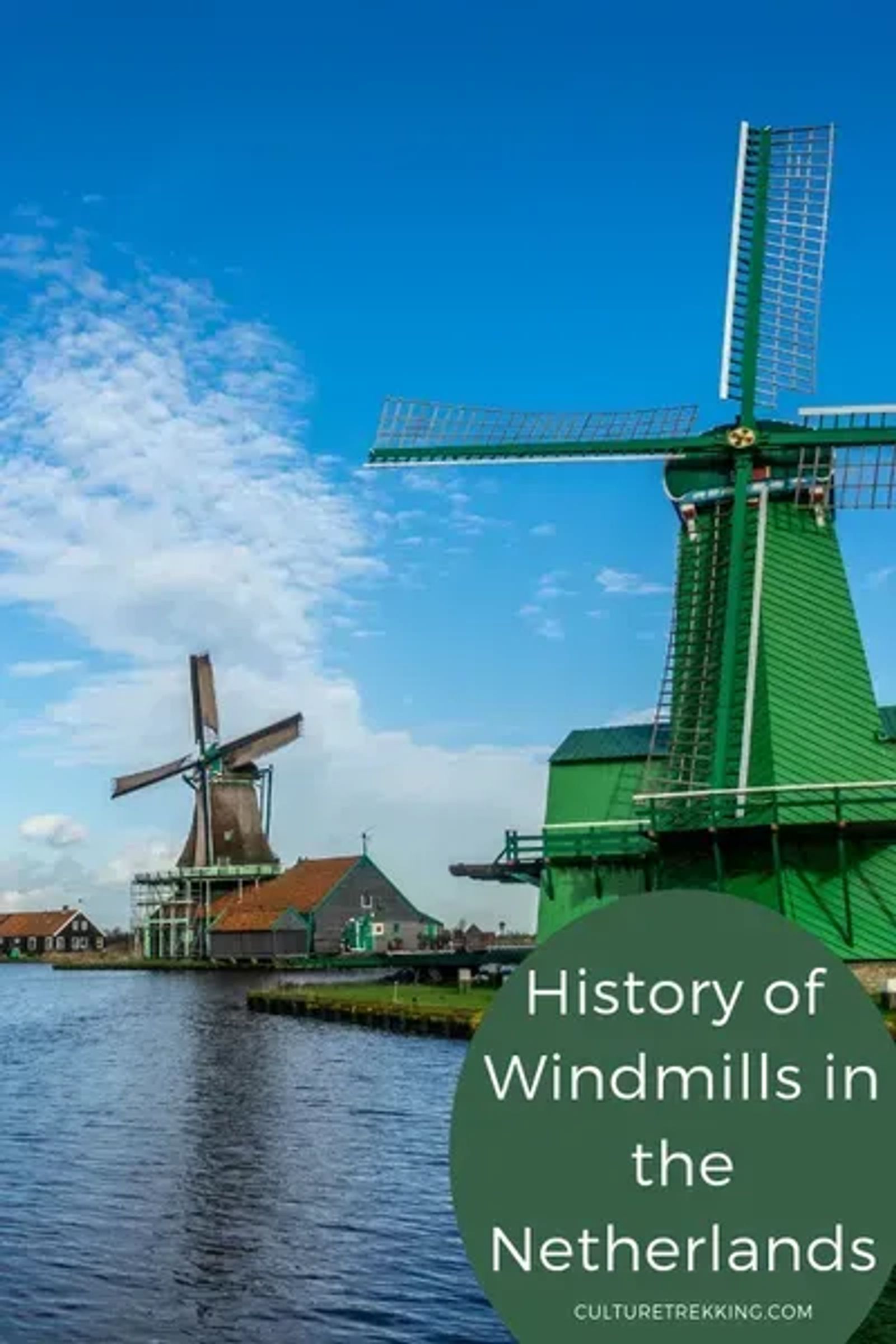 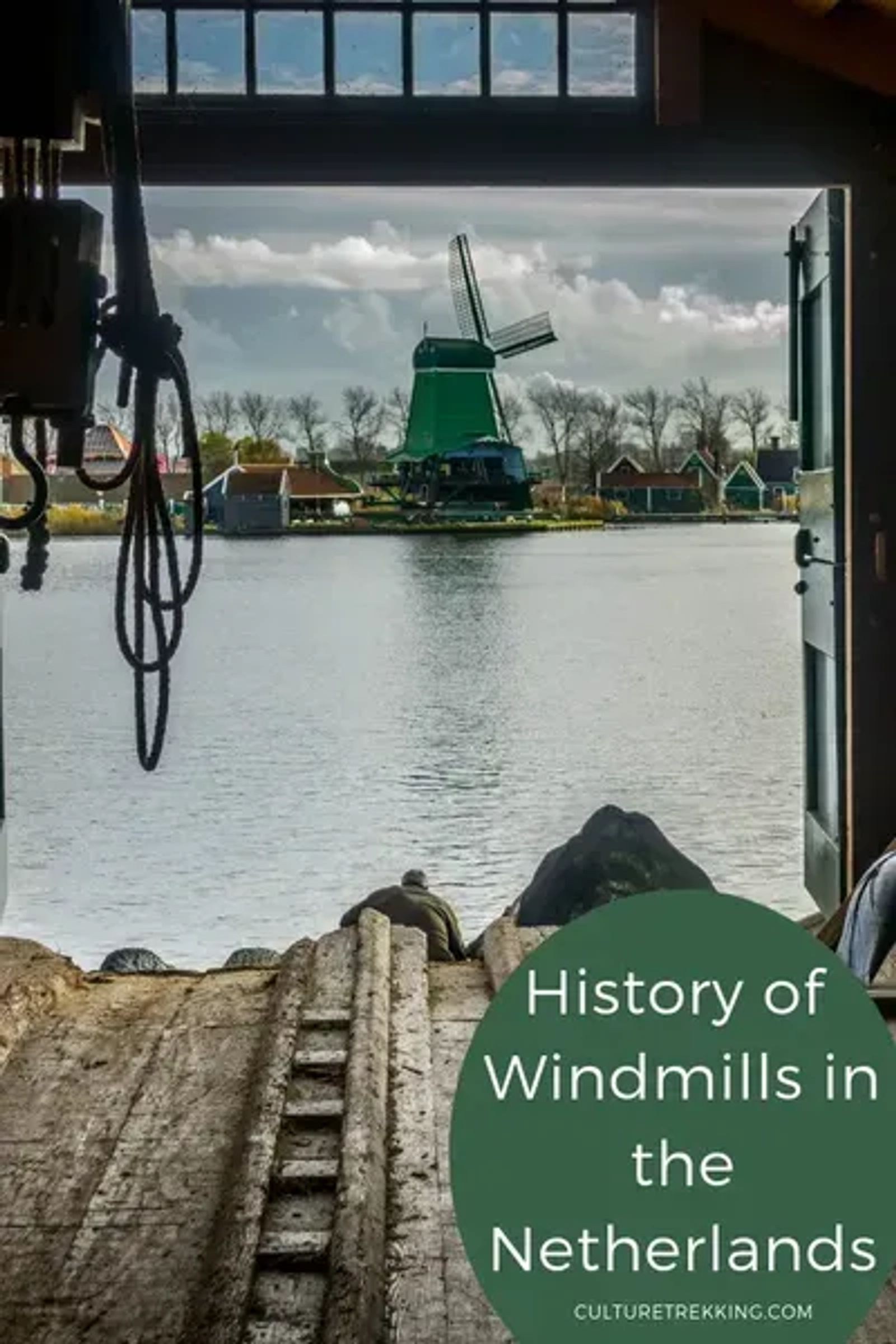 What To Pack for Amsterdam

Connecting with my heritage for my 34th Birthday in Amsterdam

ClinkNoord in Amsterdam: A Hostel Run Like a Hotel

The Battle for Culloden in Scotland