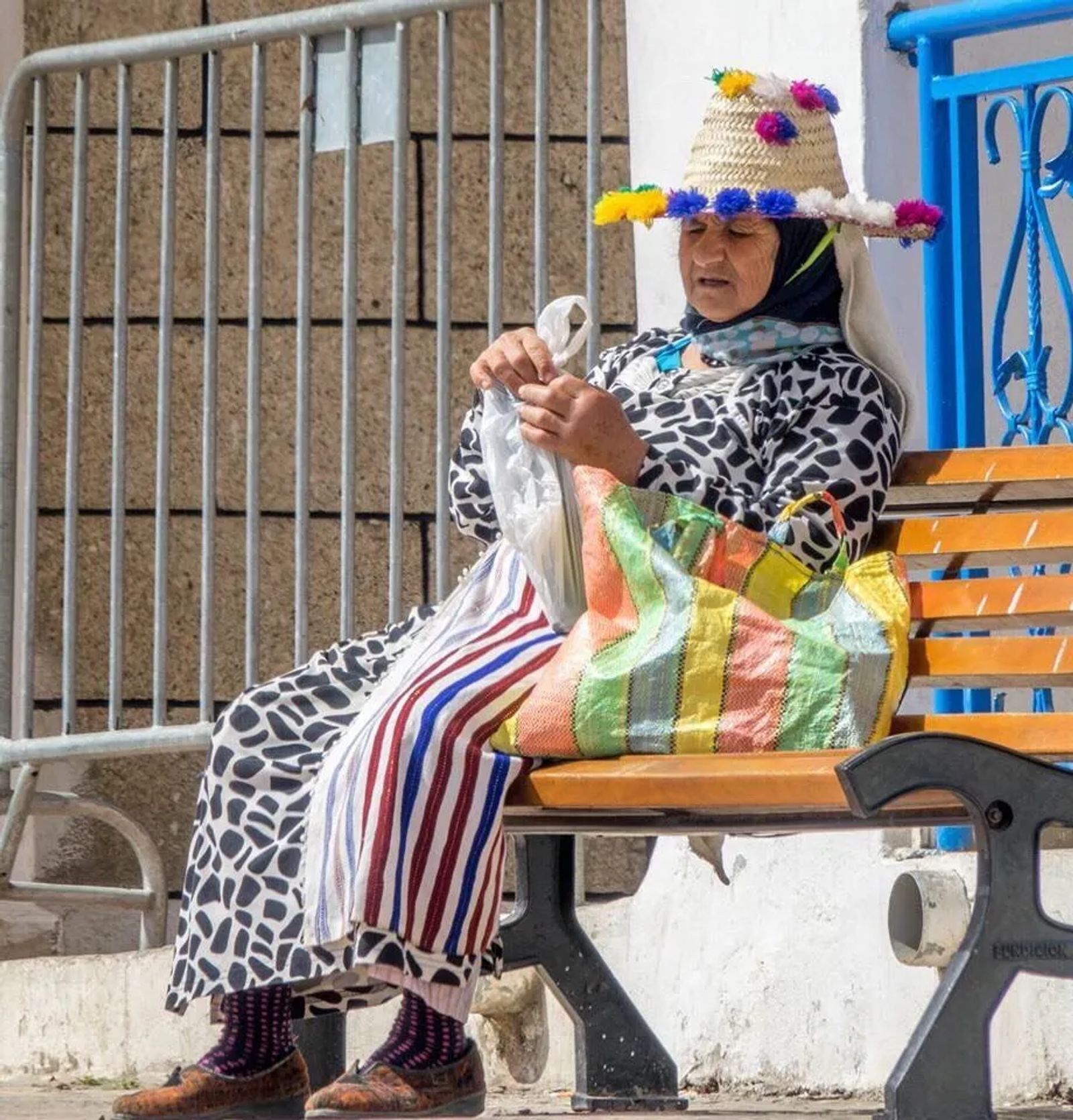 The Art of the Free People (the Amazigh)

If you have ever been to Morocco, you may have seen the uniquely clad Berber people. Full of color, pom poms and traditional Islamic garb - yet the traditional clothing often has more meaning than you know at first glance. The Berber, or Amazigh, have come from a rich heritage of art, color and dance that they believed has provided protection. It is called the Art of the Free People, or the Amazigh - as they were never fully conquered by the Spanish or the Muslim invaders. 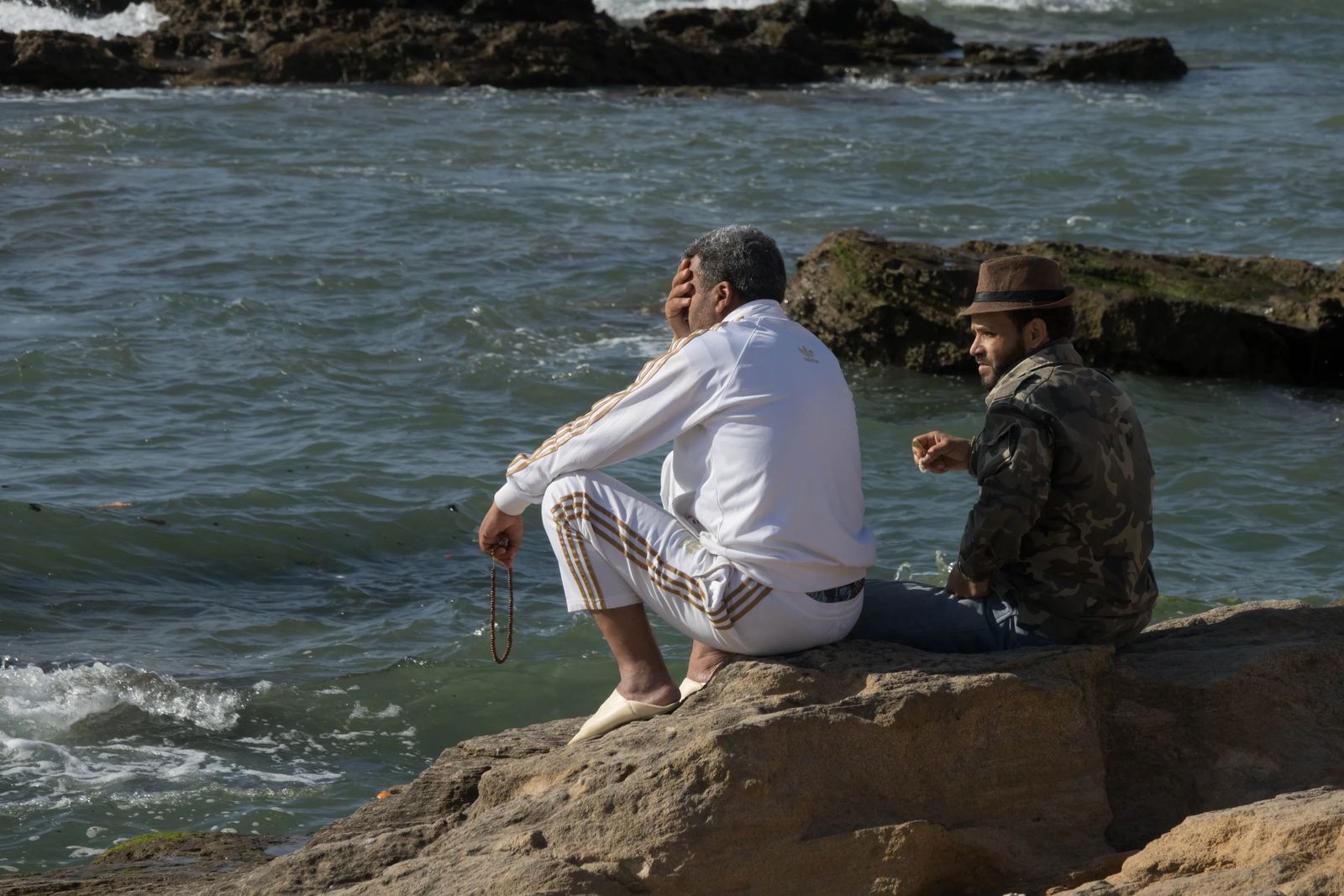 There Are Different Amazigh Clans

Each color of the flag has a meaning, and corresponds to the aspect of the Tamazgha, the territory inhabited by Berbers in North Africa. The blue symbolizes the Mediterranean Sea & the Atlantic Ocean; the Green represents nature & the green mountains; the Yellow represents the 'Free Man' which is the meaning of the Berber word 'Amazigh', the Berbers own name for themselves. The Red is the color of life, and also the color of resistance.

This is particularly significant and a huge source of pride for them and their community, they are one of the few people who were able to defeat the Spanish Armada invasion & especially were resilient in resistance in the Mountainous regions in the North. If you ever see a Berber who is from the North, the men are MASSIVELY TALL, I'm talking 6'4", and its not just one of them, its the entire town. Go to Chefchaouen, you will see what I mean. 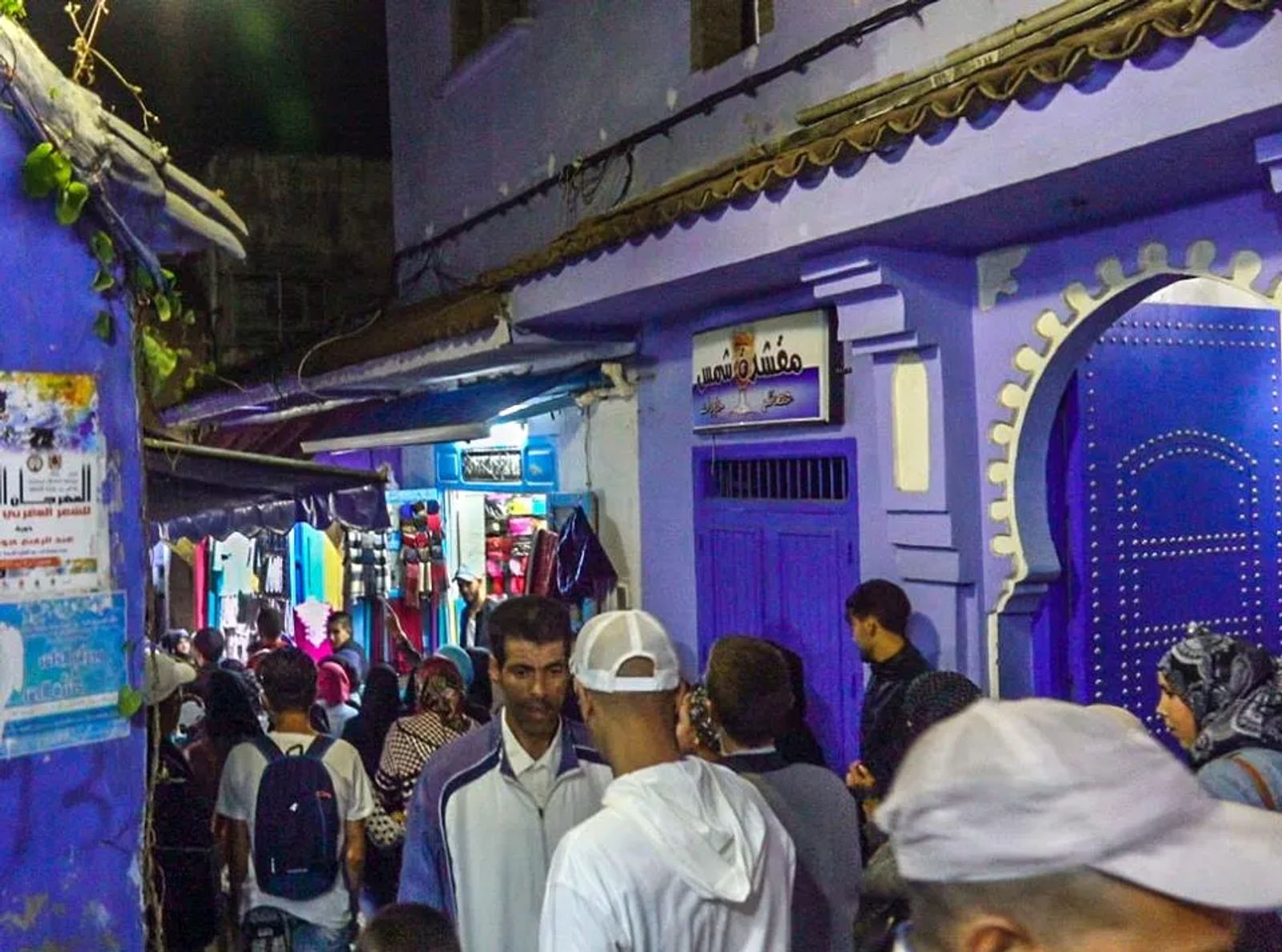 So why is knowing this about their history important? It has helped their traditions survive the test of time, those traditions of using symbols especially and the stories that are behind them. Although most converted to Islam, there is still a very prominent underlying influence of traditional beliefs about things such as: The evil eye, demons that can possess you, pagan worship of fertility gods, and deep protection in implementing color and the type of medium they use to do it.

For Example, metal workers, they will typically have the symbol 'X' or scissors. Their occupation is treated with fearful respect as metal keeps away jnoun or the evil eye. 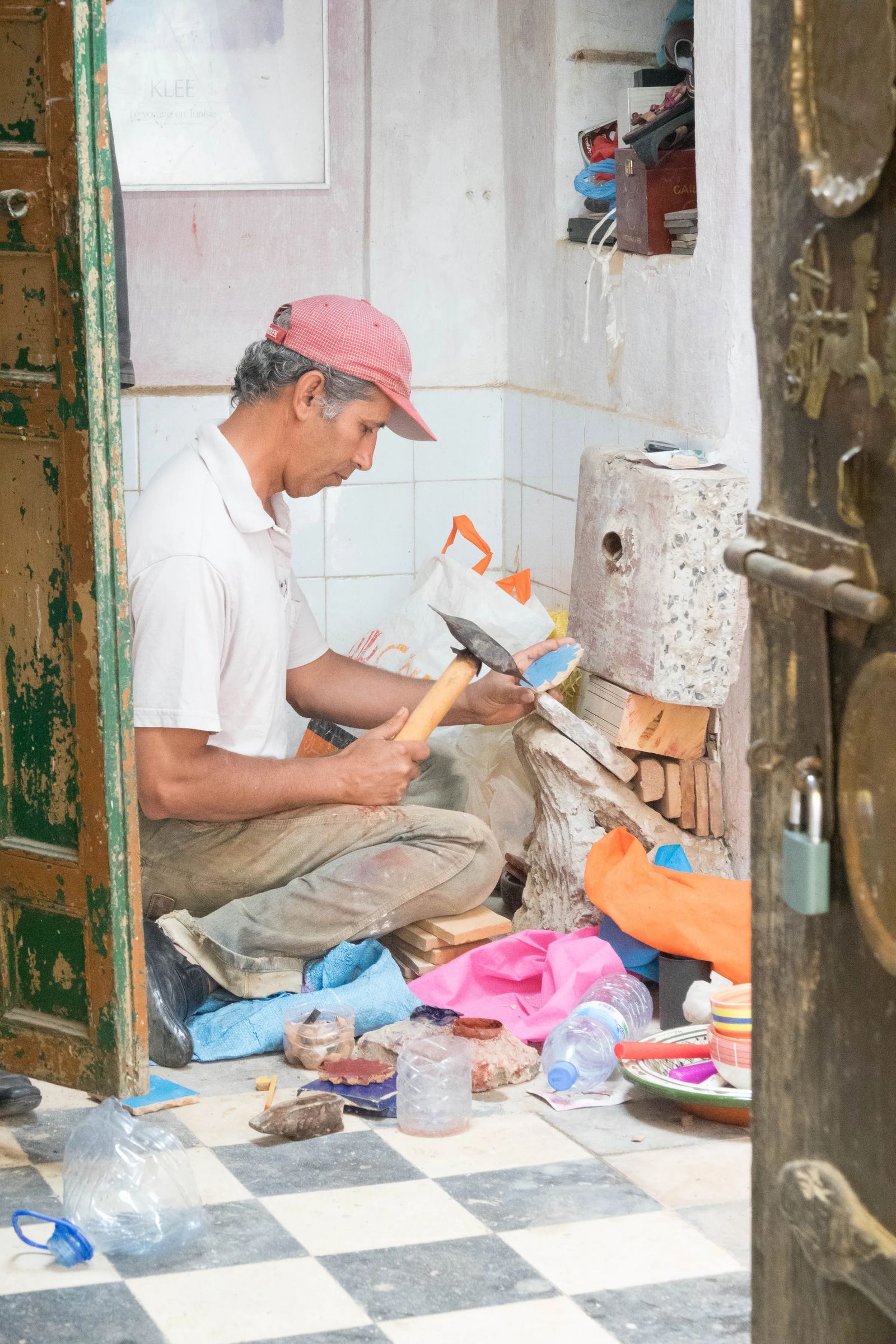 Another example is those symbols commonly found in the traditional Berber Rugs. These rugs are typically woven by the women in the home, the techniques are passed down from mother to daughter, and sometimes to the sons. The sons then become master weavers and sell their rugs to tourists or other visitors to help support their family. Depending on the location within Morocco that you are in, the 'Traditional Rug' will change in its symbols and colors that are used. For example in the North, you may see a lot of Blue rugs with Diamonds; in the South you may see a lot more squares & Red colors. Below you will find the Symbols and their meanings.

Symbols of the Amazigh

Other symbols used, may be in the concrete work or metal work found on houses, above the doors or on the gates to a home. Here are some of those symbols and their meanings: 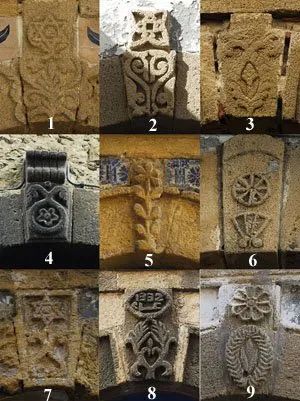 1-The Star of David

Typically found on a Jewish home within the communities. The Jewish fled to Morocco during the Spanish Reconquest & many settled in Chefchaouen. So you will see Jewish stars scattered throughout the city and above the doors of certain homes that symbolizes the couple in the house, but then it is often combined with a Scorpion symbol to ward off the evil eye.

2- A Rose With Four Petals

This particular house actually belongs to a Christian family. At the bottom in form of two signs, face to face, a symbol of love of those which live in the house.

3- Without a Star and Religious Membership.

This symbolizes the love of the couple, and the flower represents their offspring.

The snakes guards an eye on the top. This is a Muslim house, and the flower represents the couple living in the house being guarded by the snakes and the evil eye.

This is the symbol for a Muslim family

6- A Flower with Eight Petals

This is the symbol for a Muslim house, with the symmetrical fan like symbol at the bottom indicates the love of the couple within the home.

7- The Star Of David with Branches Crossing

This is another symbol for a Jewish family, and the branches crossing at the bottom symbolized the love of the couple within the home.

An Oval At The Top With A Date in the middle, and eye to stop the evil eye within the branches from harming the family within.

8- The Rose with Eight Petals

Thus Arab & Muslim, with two branches of symmetrical olive trees which symbolize that the couple lives there peacefully. The olive-tree is actually the symbol of peace throughout Morocco (as well as in Isreal- for my Christian friends, think of the significance of that in some of your Bible stories).

So as you can see, with all the symbols that were being placed on doors, clothing, jewelry, rugs, clothing --- they were symbols for faith, love, and protection. Every color has its meaning, and use in their culture, but typically it revolves around strength, fertility, and protection. 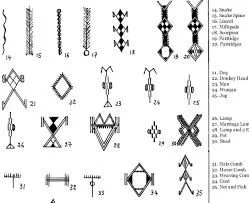 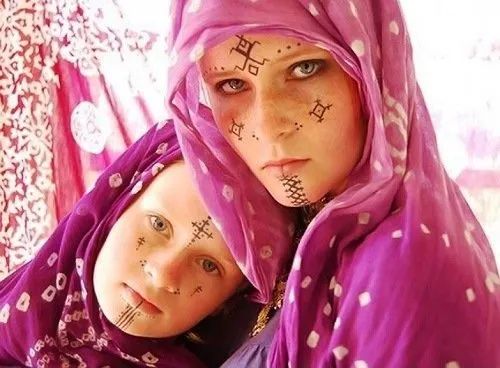 But the thing that was most surprising to me is that they also put the symbols for fertility and magical rites on their faces as tattoos. This was strange to me at first. The more I studied their meanings and culture the more I thought about how beautiful the idea was.

Diversity of culture is what I feel is slowly starting to disappear from our world, as the internet makes information more available, and travel is more affordable; it is very important that we not try and change others & cherish who and what defines them as a culture and a people. 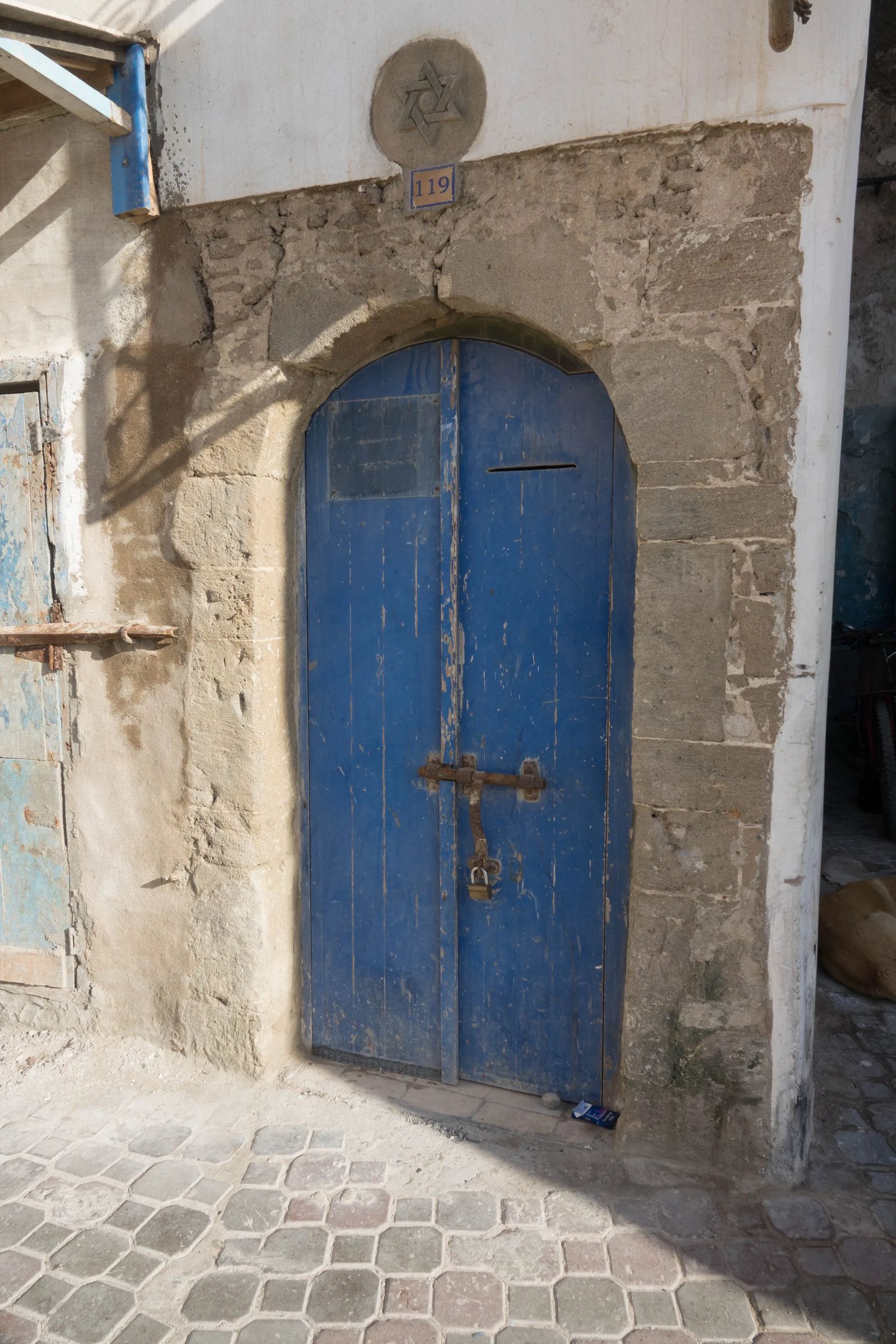 Understanding The Amazigh Through Art

The Amazigh, or Berber people in Morocco may be in danger of losing their language, unique practices, and one of a kind Artistic ways in the future. Learn what you can, approaching a culture like this with an open mind and a desire to learn is what makes them have pride in their own culture. It helps them to be a little more excited about their heritage, thus preserving the stories, art, and heritable trade that is passed down through generations.

They are a people full of love, life, and joy and are eager to share it with the world. Those Berber who understand how unique their heritage is, are becoming more protective of wanting to continue those traditions in their own children. Tourists can support this by going on cultural tours, interacting with the Berber Community and buying the artwork, clothing, and crafts that have been handed down through the centuries. 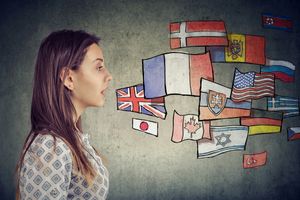 How to Communicate When Traveling in a Foreign Country

Language barriers are the biggest hurdle to overcome when traveling, so here is my guide on how to communicate while traveling in a foreign country.

Who are the Berber People? 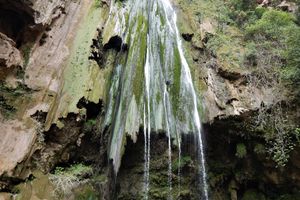 Hiking to Akchour Waterfalls in Morocco | Know BEFORE You Go

When planning your trip to Morocco you must see Chefchaouen and include a hike to Akchour waterfalls. Here are my tips on getting there from start to finish 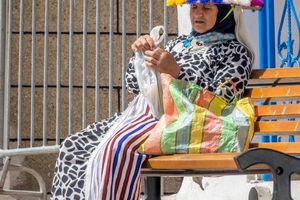 The Art of the Free People (the Amazigh)

Art of the Amazigh and the meanings behind the symbols found in their clothing, tatoos, and even on their homes in Morocco.