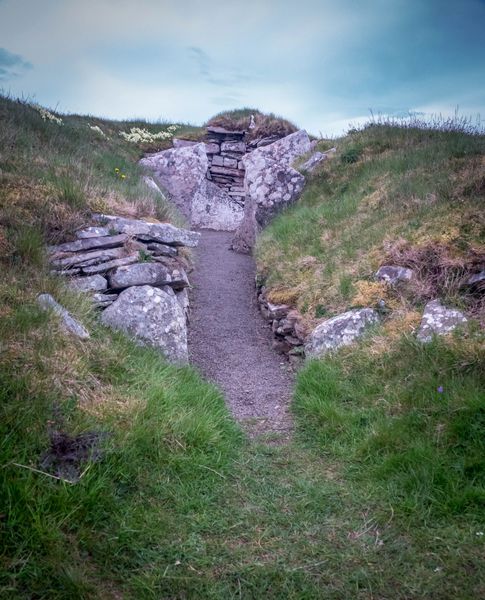 Address: Baluachraig PA31 8QG, UK The Kilmartin standing Stones are about a 45-minute drive outside of Oban. The drive takes you along a very picturesque coastline, winding through farms and into an expansive field with 6-8 foot standing stones. Within the immediate six-mile radius, you can find 350 ancient monuments. Monuments include standing stones, a henge monument, numerous cists, and a 'linear cemetery' comprising five burial cairns. 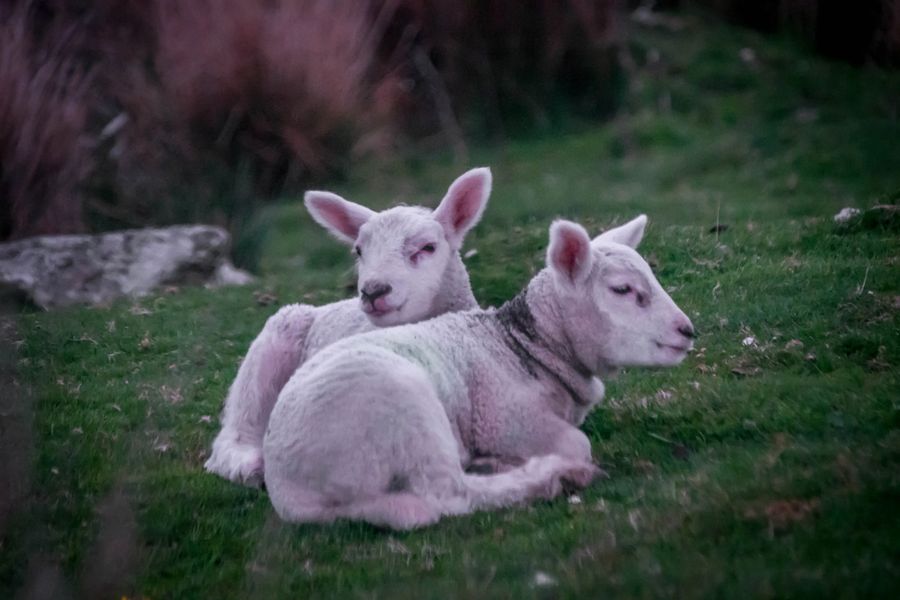 When you approach these massive standing stones, you will immediately notice the geometric pattern, linear in nature, and despite the distance, it is perfectly aligned. Keep this in mind as we explore some of the other ancient structures.

This Cairn was one of my favorite Cairn's to visit in Scotland. You park about a mile away with an elevation gain of 50-100 feet. The walk is on private property, the trail is boggy and at one point you will need to walk across a wooden walkway to continue on the trail due to the amount of water.

As you make your way along the trail, you will come upon a barbed wire fence. The owners have lovingly placed a set of wooden steps on either side for people to climb over. Please do not agitate the livestock as you approach the cairn, don't ruin it for everyone else.

The Cairn is at the top of a hill overlooking the surrounding countryside. A perfect place for the sun to hit the Cairn. It is a round chambered structure with two forecourts that face North and South. Once you enter the Cairn, it is about 10 feet long (3.3m). The cairn itself is about 7 feet in height (2.25m).

Clava Cairns or the Prehistoric Burial Cairns of Bulnuaran of Clava is a group of three Bronze Age cairns located near Inverness. A hugely significant and exceptionally well preserved prehistoric site, Clava Cairns is a fantastic example of the distant history of Highland Scotland, dating back about 4,000 years. 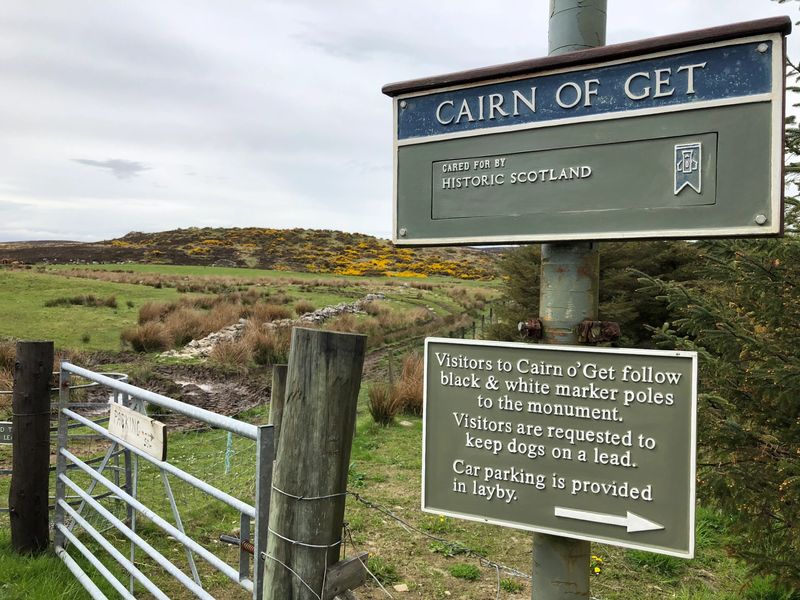 The cemetery was used in two periods. At around 2000 BC a row of large cairns was built, three of which can still be seen today. A thousand years later the cemetery was reused and new burials were placed in some of the existing cairns and three smaller monuments were built including a 'kerb cairn'. Traces of a smaller cemetery can also be seen at Milton of Clava, a short distance up the valley to the west. The cairns at Balnuaran of Clava extended along a gravel terrace raised above the River Nairn. 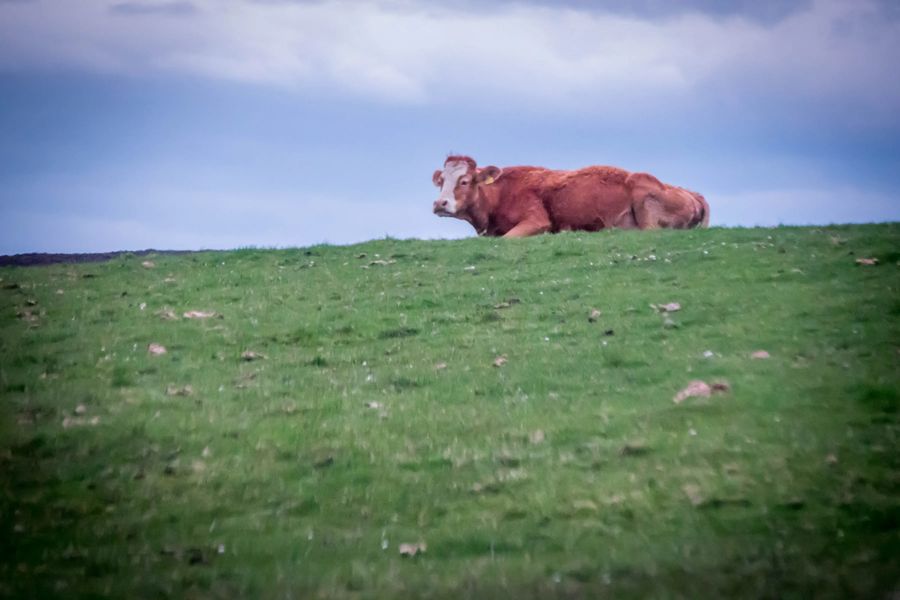 Excavations have found evidence for farming on the site before any of these monuments were built. The settlement was directly replaced by the cairns and it even seems possible that some of the material used to build them had been taken from demolished houses. If you look closely you may even find the ring-and-cup marks symbolizing and unknown tripartite god or the Triple-Goddess of the Maiden-Matron-Crone.

This Goddess is a number of the Celtic myths and legends – in the Wiccan and Neopaganism she is thought of as the ‘Great Goddess’. Three signifies balance and stability. The first stage is maiden, the second stage is matron or mother, and the last stage is known as the crone. These different stages are often portrayed by the moon and the different phases of the moon as well as colors.

What is the meaning of the Cairns for that time period?

We are born into maidenhood, and when our innocence is lost, this is when we have gained our sexuality transforming us into the matron. Pomegranates (from the tales of Persephone being raped by Hades, losing her innocence and then fed Pomegranates to be trapped in the underworld with him) are symbolized by color.

First, the seeds are white, then age to red, then when dried are black. These are the colors of the three goddesses' of the world: Maiden, Matron, and Crone. Demeter is the Mother Goddess and Matron. Persephone is the Spring Goddess and is offered gifts. Hectate is the crone, she is the one that carried the torch for the maiden as she evolved into the mature Persephone, Queen of the Dead, and also the Queen of life’s rebirth in the spring. Hectate is considered to be the guide to the souls through maidenhood to womanhood. Hectate stands at the doorways quietly awaiting the soulful cries of the innocent, to help light their way.

A winding tunnel where one had to crawl, sometimes on their stomach to reach the burial chambers represents the further journey through life and these phases.
Flecks of cremated bone were found on some of the surfaces inside the tombs and was the final resting place for only a select few. The outside of the cairns showed there was evidence of quartz, a white stone that when the body was cremated would have glowed, combined with the suns reflection. 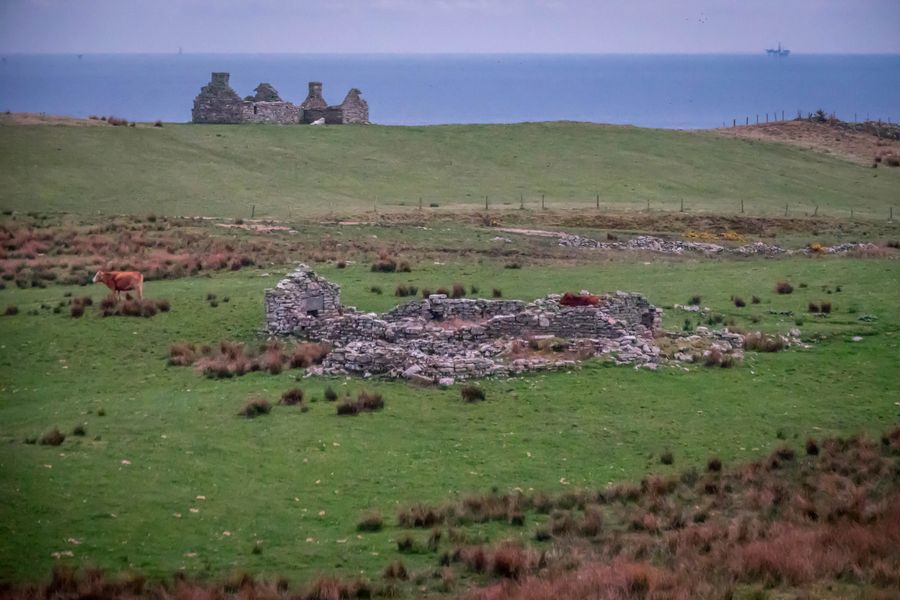 When the winter sun sets, the entrances align with the position of the setting sun. Think of the symbolism of that – white snow surrounding a charred interior of black, with the sunlight guiding the way of the deceased to the underworld. I’m sure there was some sort of red involved in the ritual to complete the maiden-matron-crone, but I didn’t find anything conclusive that would have suggested this. 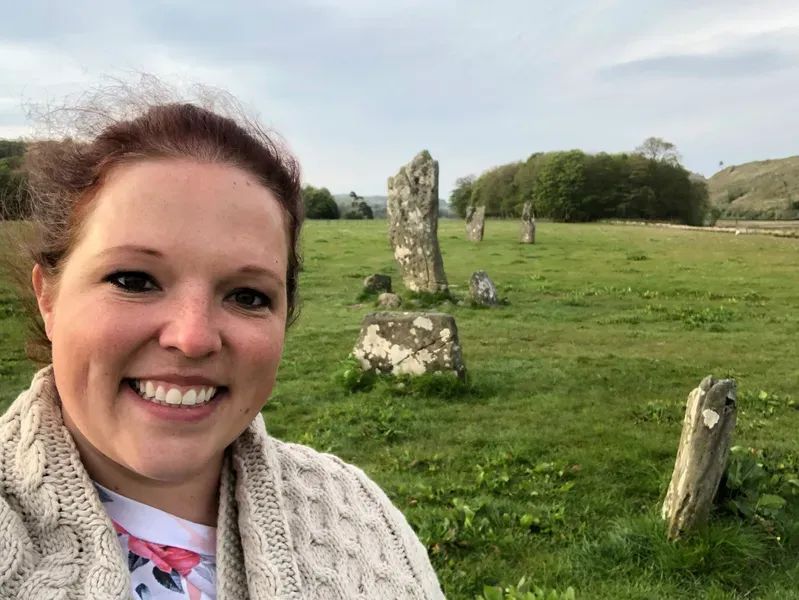 I like to speculate that maybe they were buried with some sort of red fruit, or there was an animal sacrificed – but this is just Scottish History according to Janiel, which could have me skewered by the locals for even speculating such history. Scotland is full of magic, and otherworldly creatures were often believed in, so I don't think it is too far-fetched to speculate such things. I would like to think that the symbolism means, but the significance of this is still highly debated among scholars. 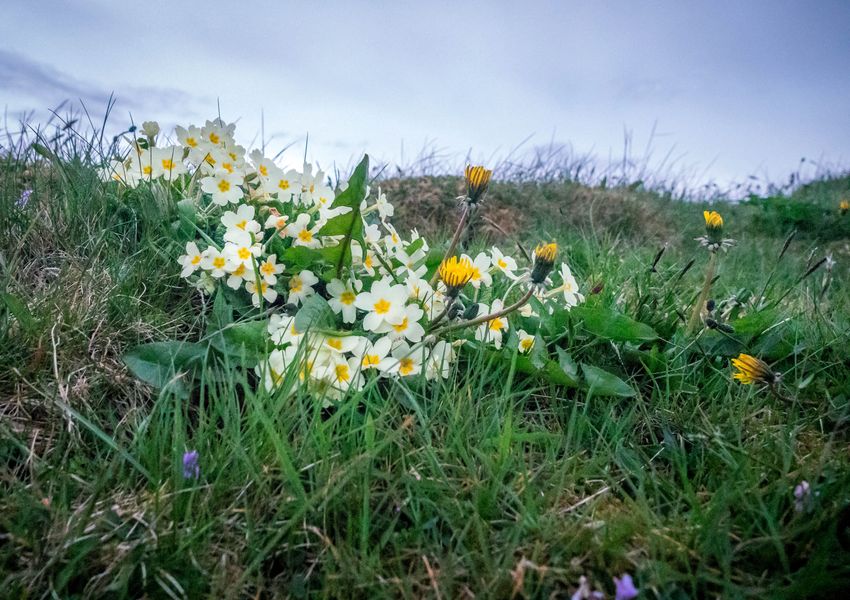 Should you find yourself on the NC500 Coastline, be sure to make a few stops along the way starting in Inverness and seeing Clava Cairns, Wick and Cairn O'Get. This is an important part of the ancient history of Scotland. Take a walk around the standing stones, the Cairns and imagine and speculate what the religious meanings must have been for these ancient people.

Happy Travels, Happy Tales, and See you on the Flip Side.

If you enjoyed this article, you may also enjoy:
Dunrobin Castle, Crown Jewel of the NC500 Coast in Scotland
The Battle for Culloden in Scotland
What to see on the Royal Mile in Edinburgh
Iona Abbey a Christian Pilgrimage
Things to do in Oban Scotland – There is more than you think