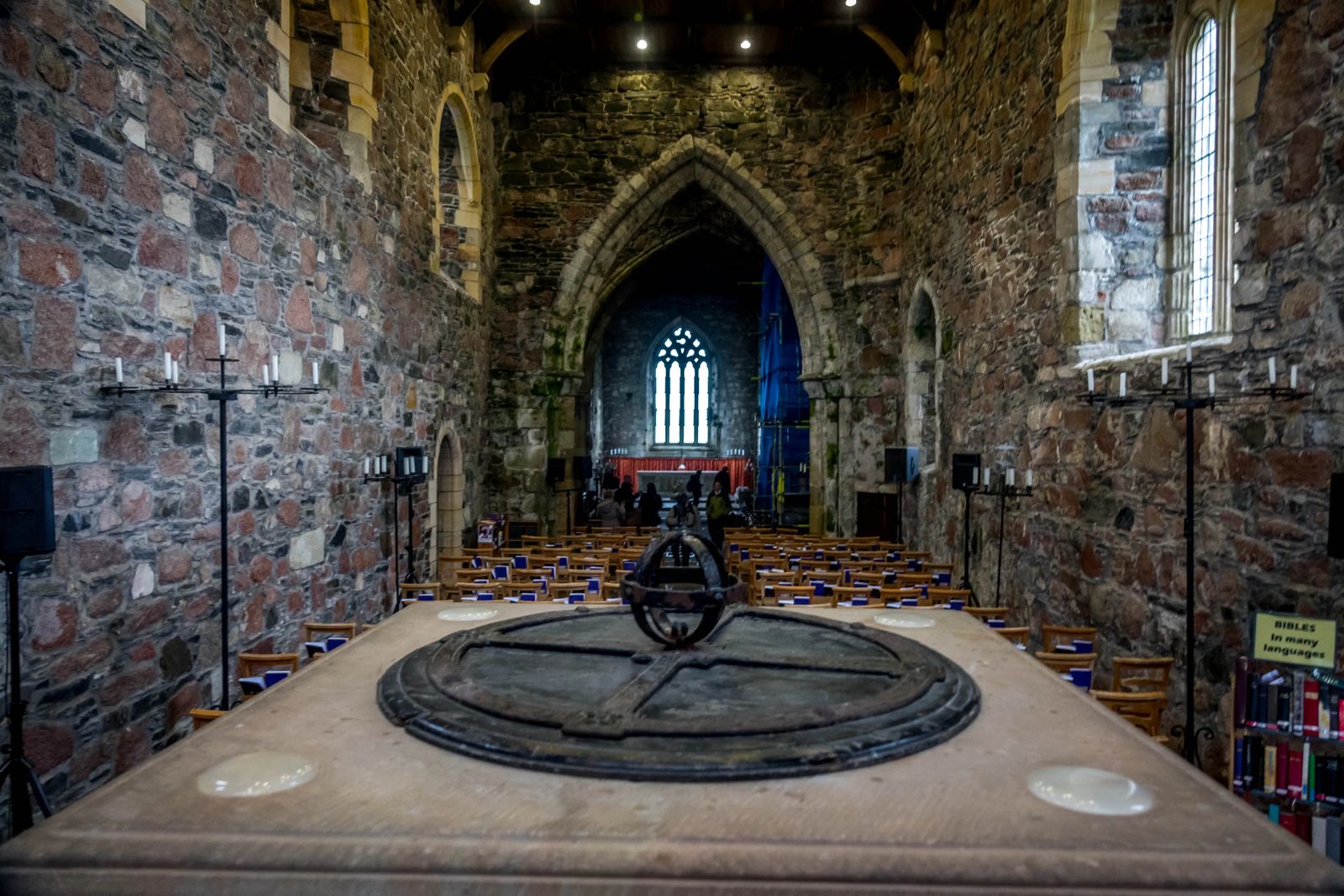 It was 563 AD, Irish settlers were migrating into Scotland bringing Christianity with them. St Columba arrived on Iona, looked out over the sea and deemed the spot that Iona Abbey now sits on the sacred ground. St Columba is the revered Saint of Iona Abbey (for more on his life, see the books below).

As time passed, 795 AD brought in the first wave of Viking raiders. The first raid was brutal, much of the Abbey was looted of its precious relics. Subsequent raids in 802, 806, and 825 resulted in burning of the original wooden Columban monastery, and a replacement stone abbey being built to help protect the monks. The remaining Abbey relics were hastily spirited away to Denkeld Cathedral in Perthshire and back to the Kells in Ireland for safe keeping.

In 1200 Reginald MacDonald turned Iona Abbey into a true Christian Pilgrimage. The Benedictine Monastery and an Augustinian Nunnery were built on the island. Pilgrims flocked to the Abbey by boat, making their way to the Monastery pausing at each cross that lined the road giving an offering of supplication.

The 8th Duke of Argyll swept in and commissioned the restoration in 1899, then turned it over to the Iona Cathedral Trust. Restoration of the Abbey continues today slowly returning to its former glory.

The Experience that is Iona

What I expected from Iona Abbey was not what I experienced….. 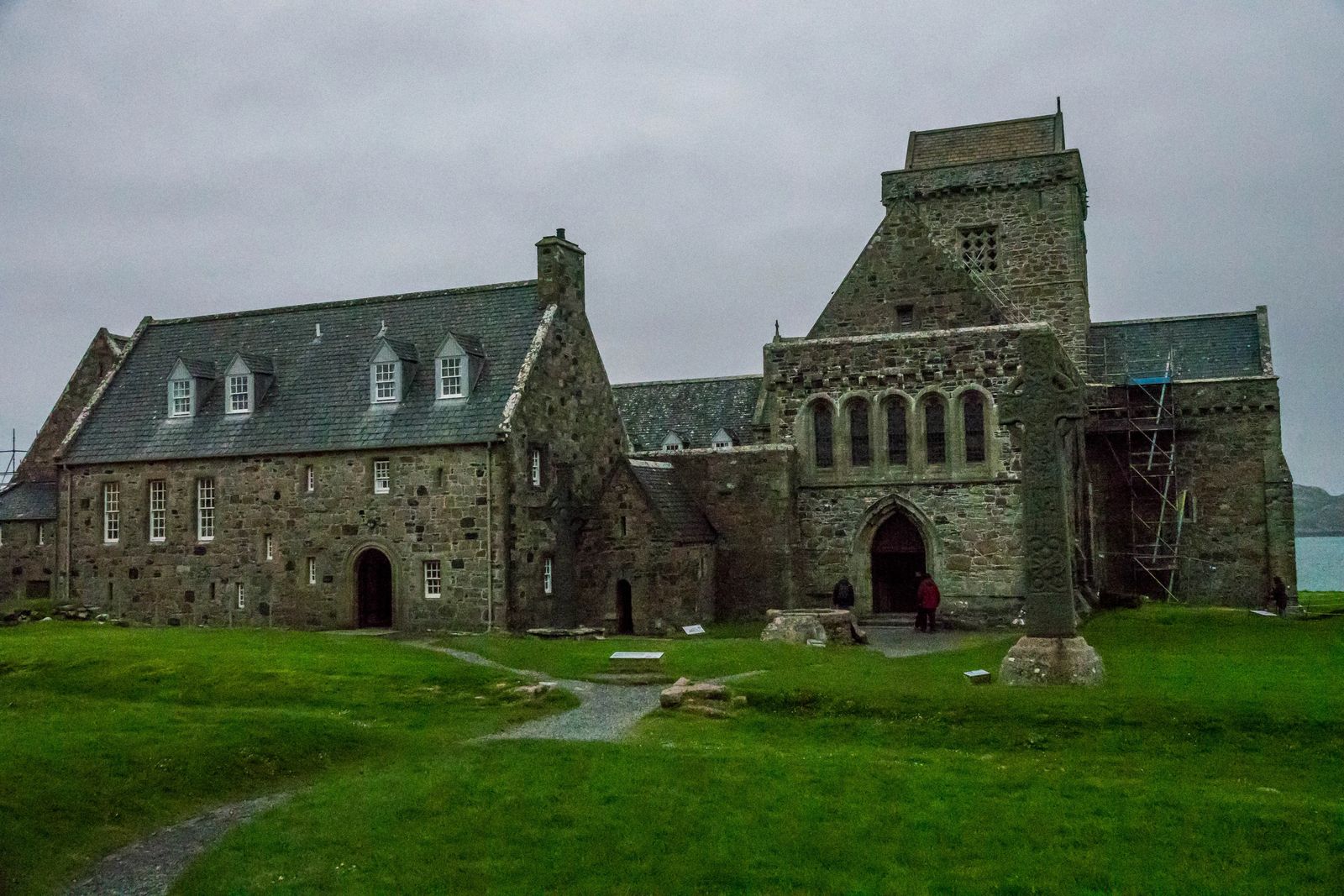 After the hustle and bustle of getting off the boat, I started the trek to the Abbey (a 20-minute walk up a slight incline). The tiny stone houses that dotted the road were quaint and full of local crafts and artisanal products. Giving the feeling you were in a small, yet tightly knit town. Another few minutes of walking, and you come upon the farms filled with plants sprouting produce & color on the gray and blustery day. 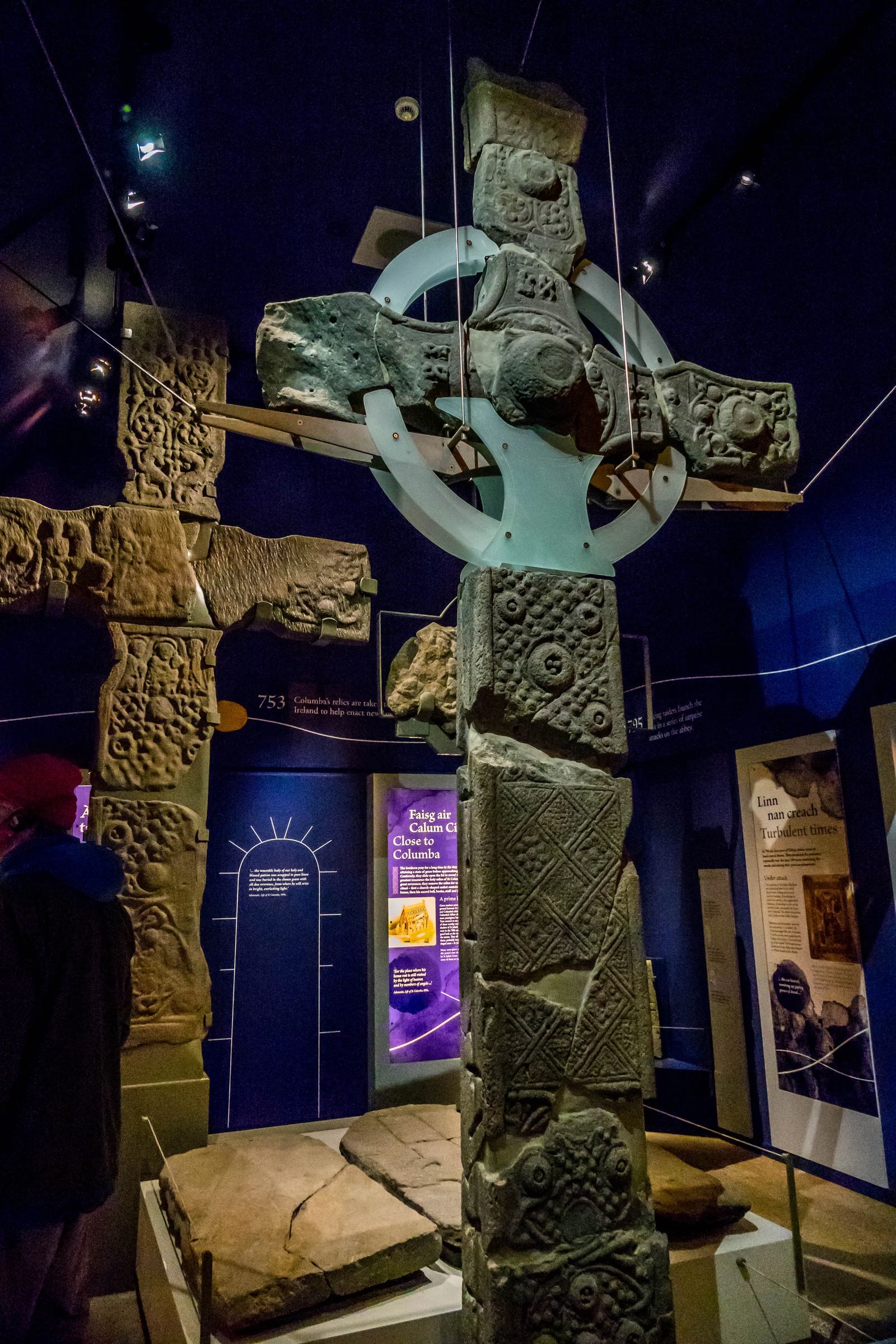 What I experienced was turning the corner nearly missing the 13 foot Celtic Cross. I wondered why this cross was so far away from the Abbey. There was a sign at the bottom that told of how pilgrims to the Abbey would stop at each cross and make an offering. This was to prepare the soul for worship, and I felt that in a way it helped introduce the story of this Abbey & all it has been through.

When first seeing the Abbey, it indeed was a stone church but set against the backdrop of the mainland, I couldn't help but feel inspired that it was a refuge from the threatening storm moving into the area that day. 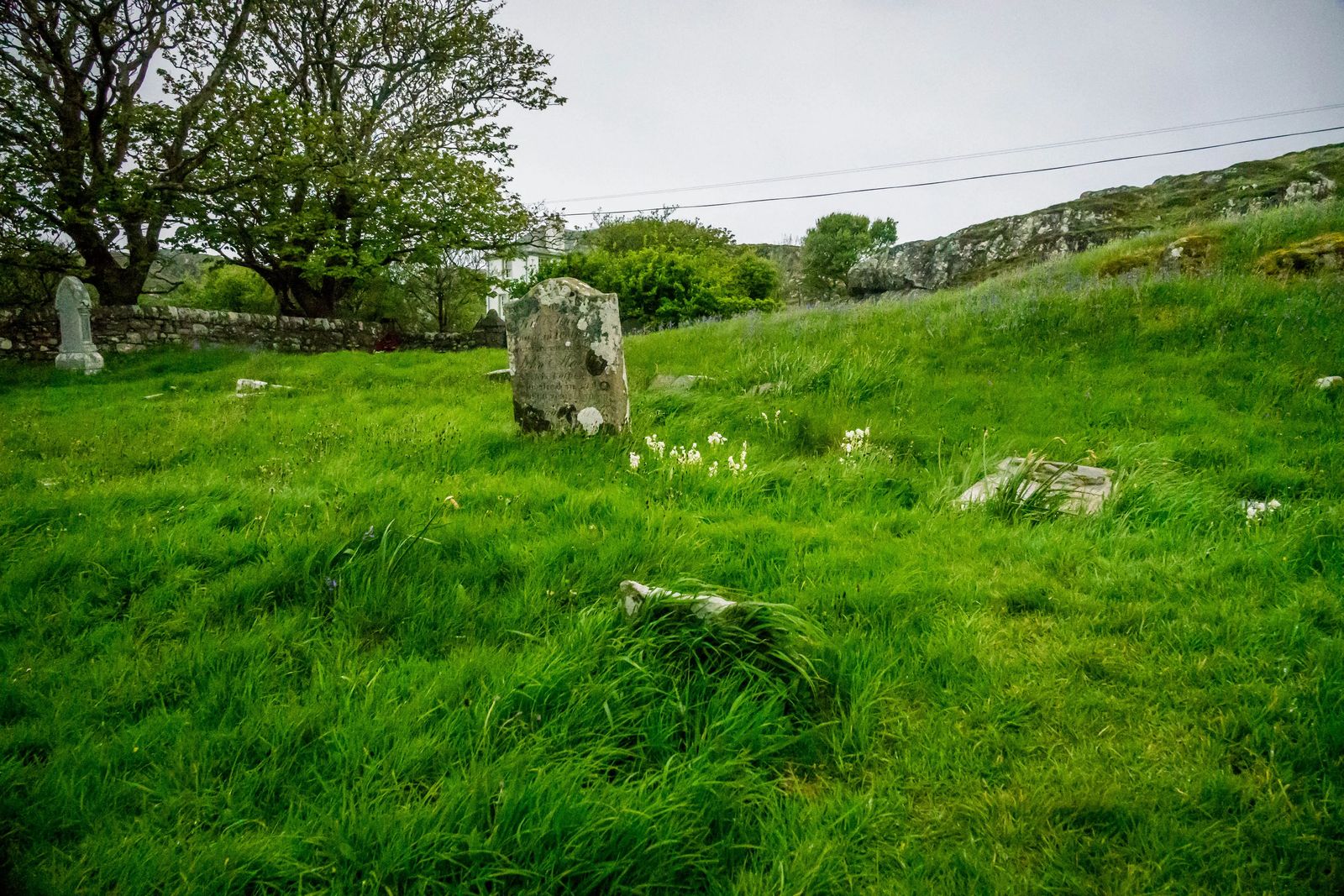 I paid for my ticket, inquired about the small graveyard. The graveyard itself is home to several Scottish Kings due to the belief that Iona Abbey was the closest place you could get to heaven on earth. There is said to be 48 Dalriadan (Scottish) Kings, 8 Norwegian kings, and 4 Irish Kings. 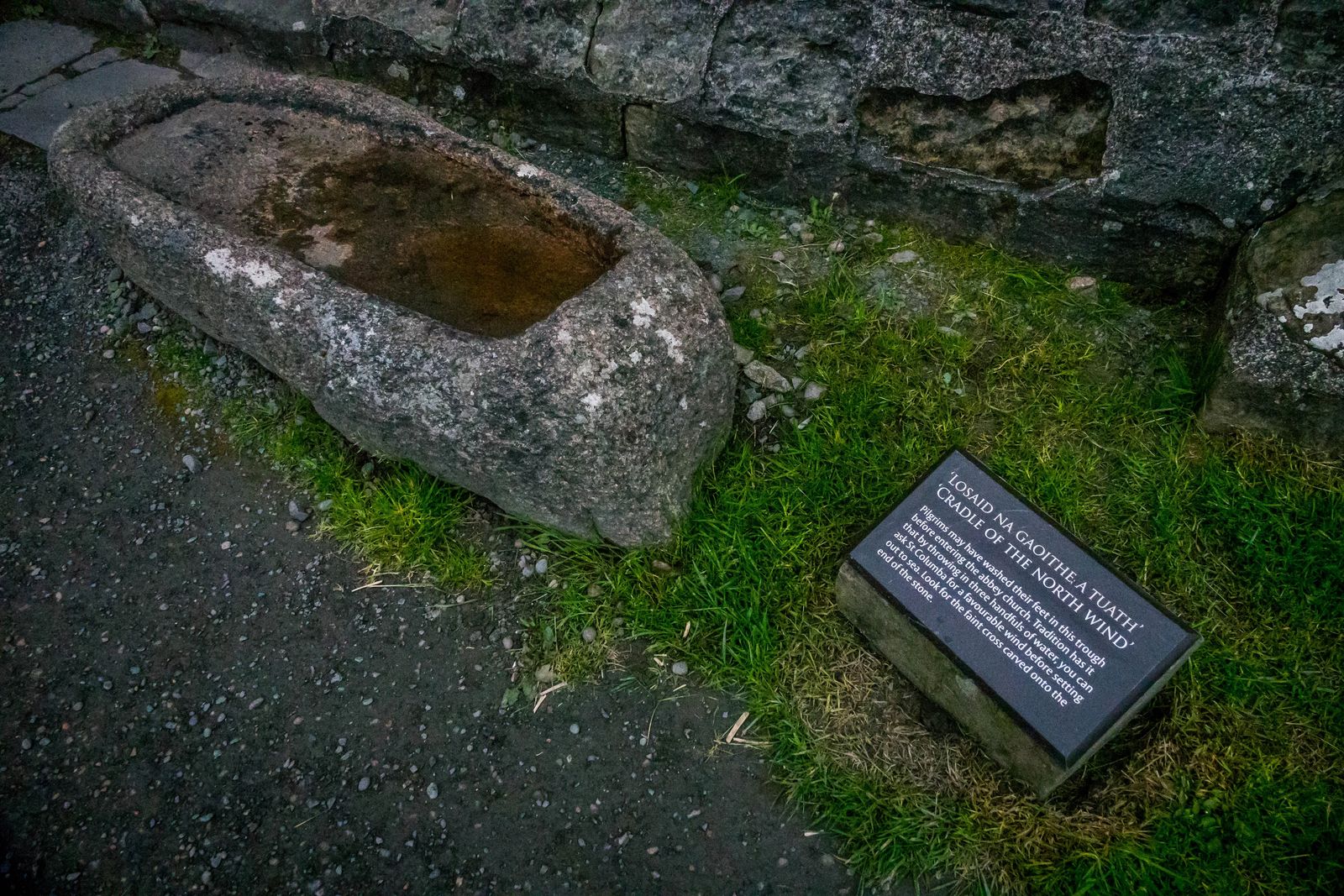 Walking through the ancient nunnery, made me feel that there was once determination, hardiness, love, and order that contributed to this being a spiritual place for many. It is always a beautiful thing to see human beings working together in harmony for the same peaceful purpose, it is not something often seen in the world today. When experiencing other cultures religions, I try to keep not only an open mind but an open heart. Doing this leads to greater understanding and insight for me personally. 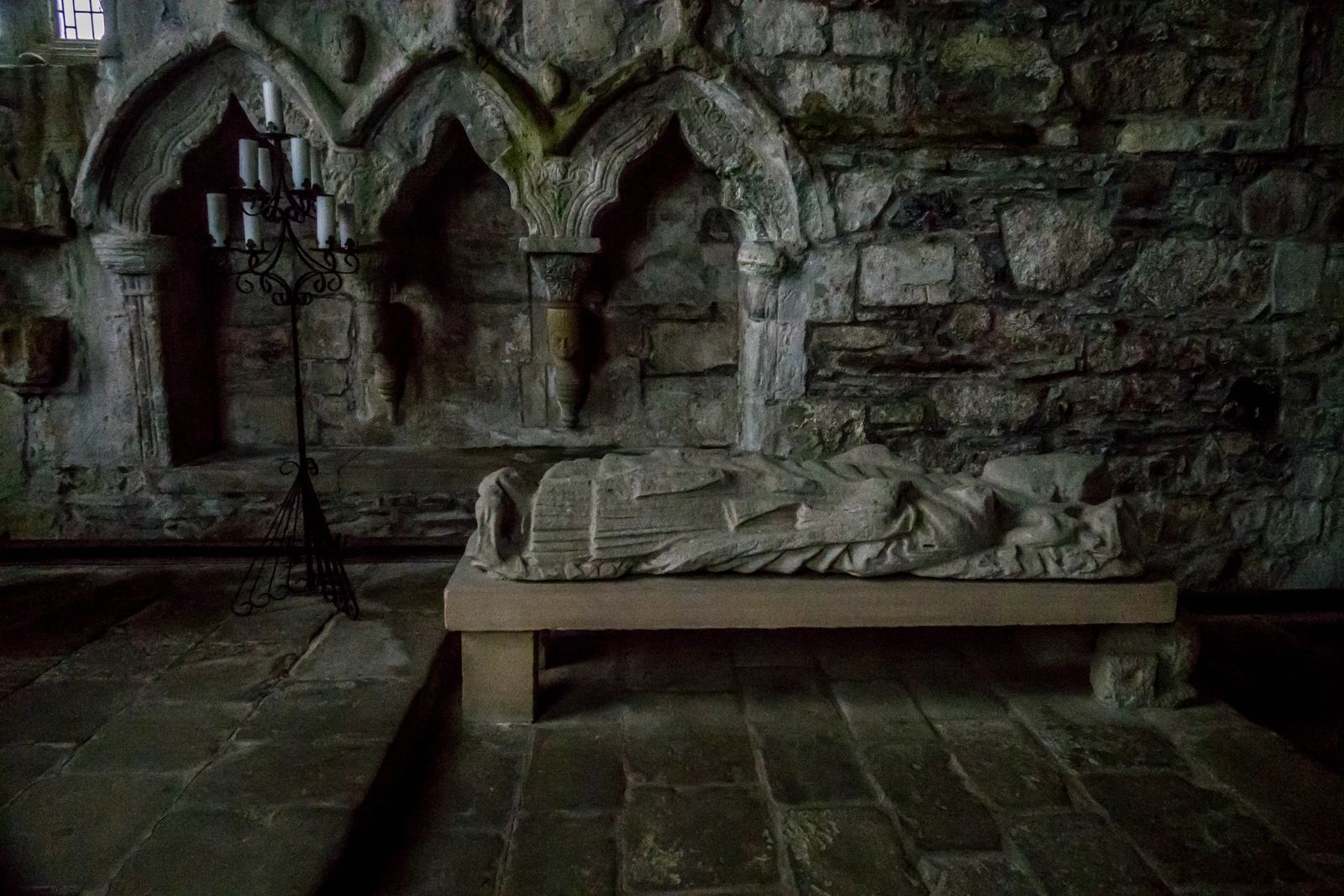 Making my way to Iona Abbey I was regaled with tales of resistance against the invading Vikings. The plundering’s of the relics, the persistence of the priests, the miracles said to have been performed here. The thing that struck me to the core though, was with the images of Vikings, being brutal warriors and conquerors. Many Vikings ended up converting to Christianity and became protectors of a faith that they once attacked. It just shows how love, patience, kindness and long-suffering won them over.

How many wars have been fought both in the name of religion and in the name of power? So often we try and force our beliefs upon another, or take their beliefs away because we feel we are 'right'. Ultimately when approached this way, everyone loses. Yet, when approached with love, long suffering, kindness, open-mindedness, and suppressing our own internal boundaries....it creates change that is far greater than the change that would have occurred if it was forced. 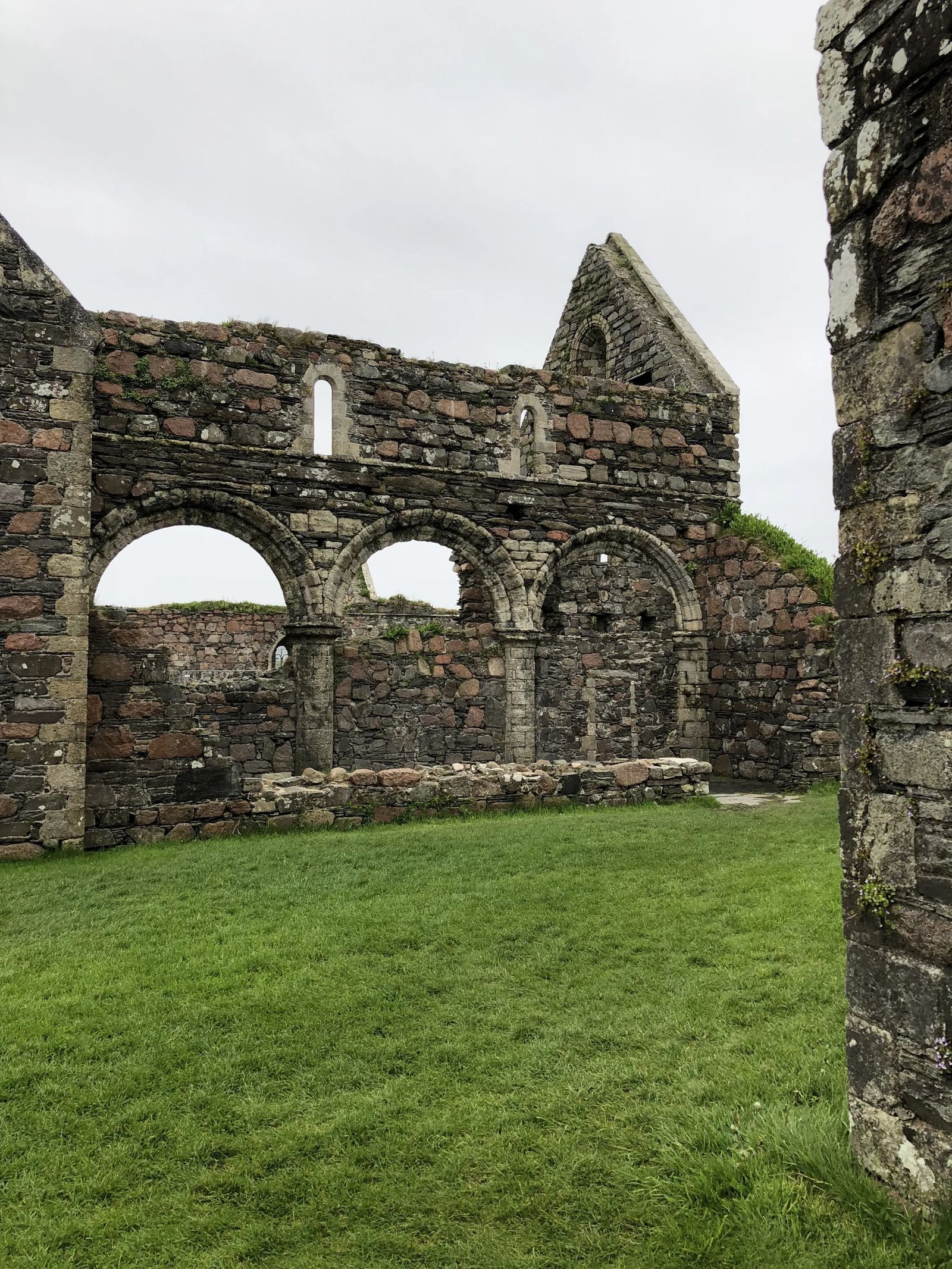 The conversion of the Vikings’ to Christianity, knowing this Abbey was the key that allowed Christianity to come into Scotland gave me a sense of spirituality as well as inspiration to be a better example and human being. I am Christian, learning of the Abbey in the face of such dangers, I hope inspires all of us to be better at being an example and being that change we wish to see in the world. 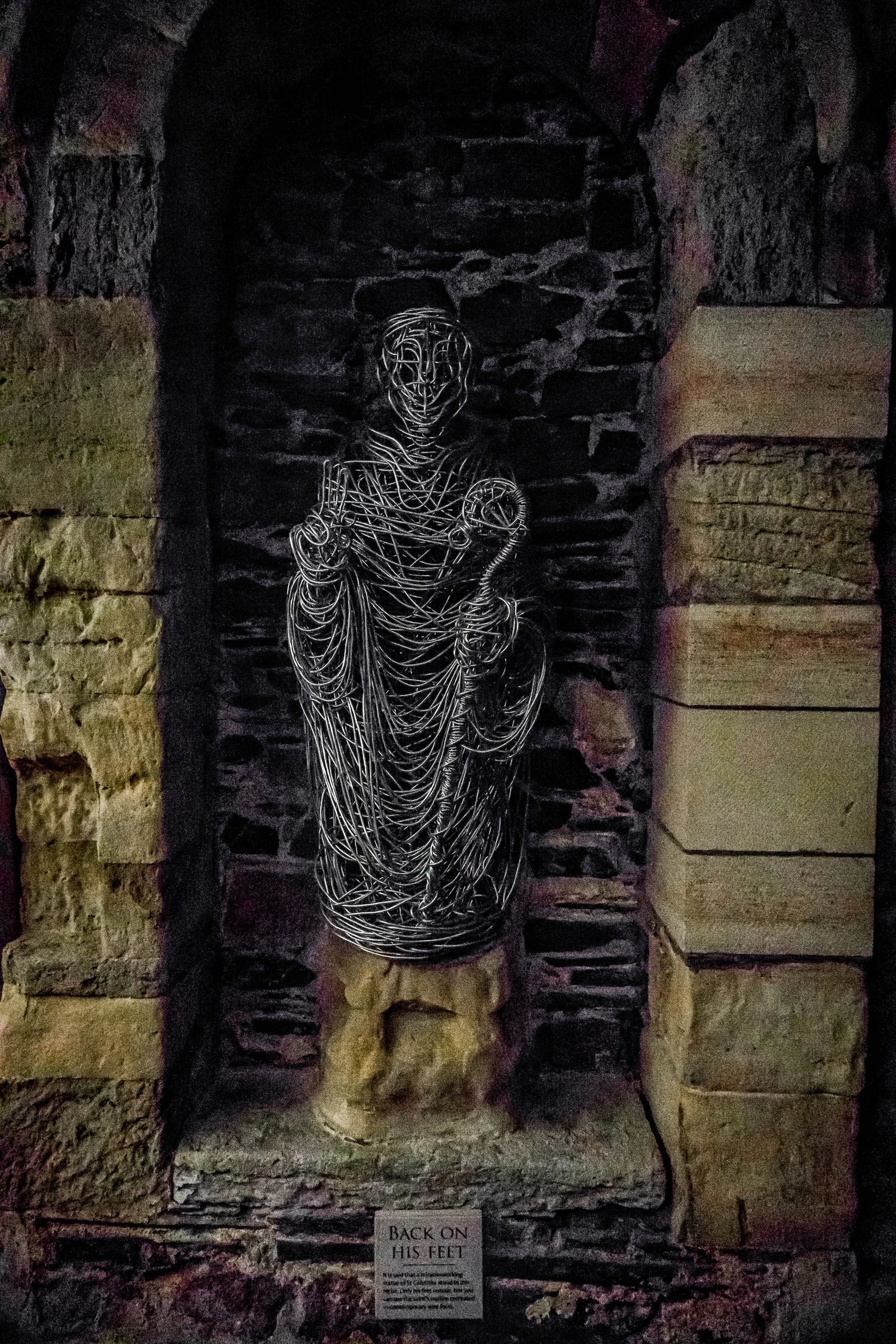 Is Visiting Iona Abbey Worth It?

Should you find yourself near Fort William, Glasgow, the NC500 or just want a holiday. Head to the west coast of Scotland, stay in Oban for a few days, then head to the Isle of Mull and Iona Abbey. You are sure to come away from this place feeling inspired by the enduring spirit of the early Christians in this area that helped to create change for the good. 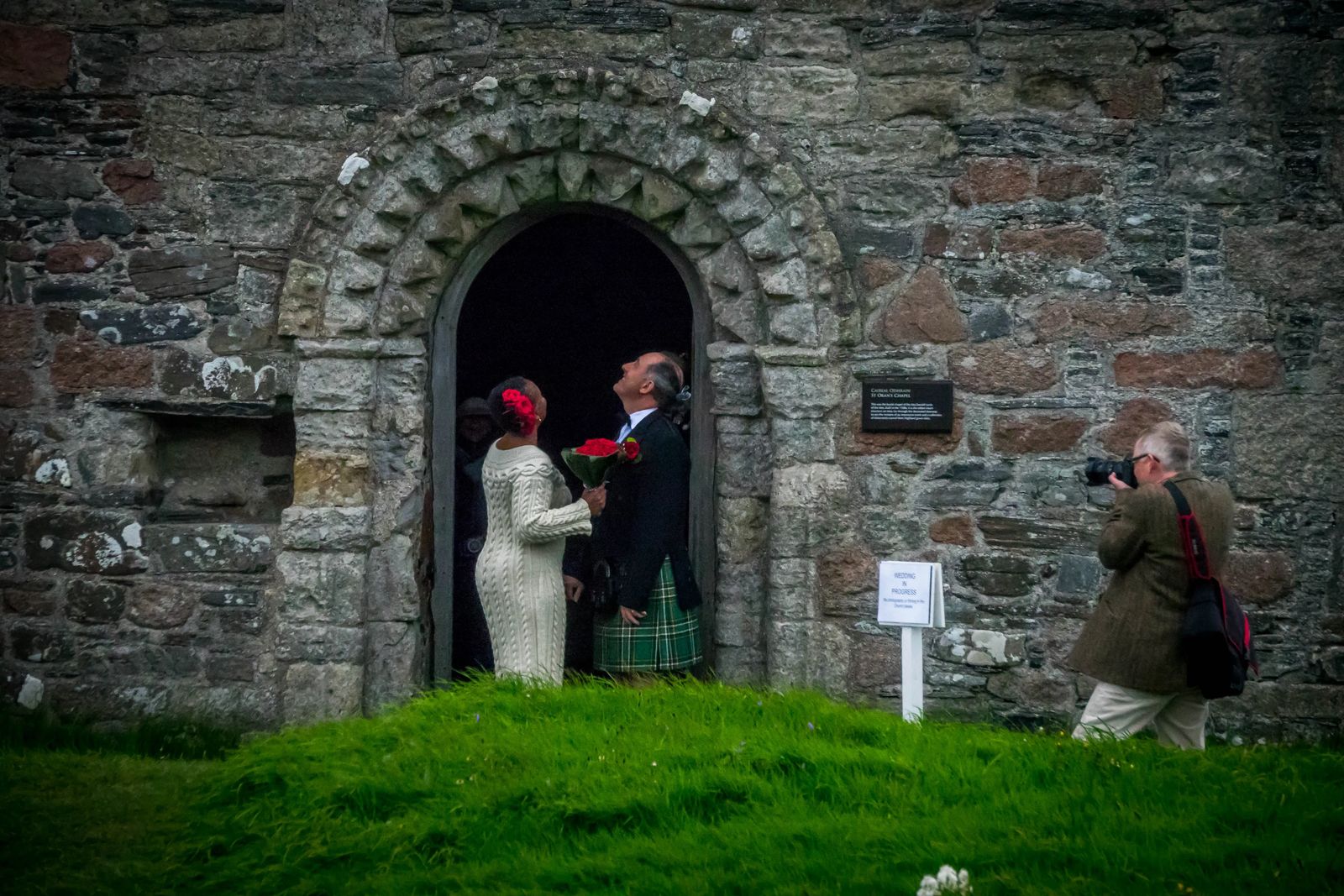 Open year-round, Plan on spending around 3 hours here excluding transport time to Iona which can vary between 30 minutes to 1 hour. 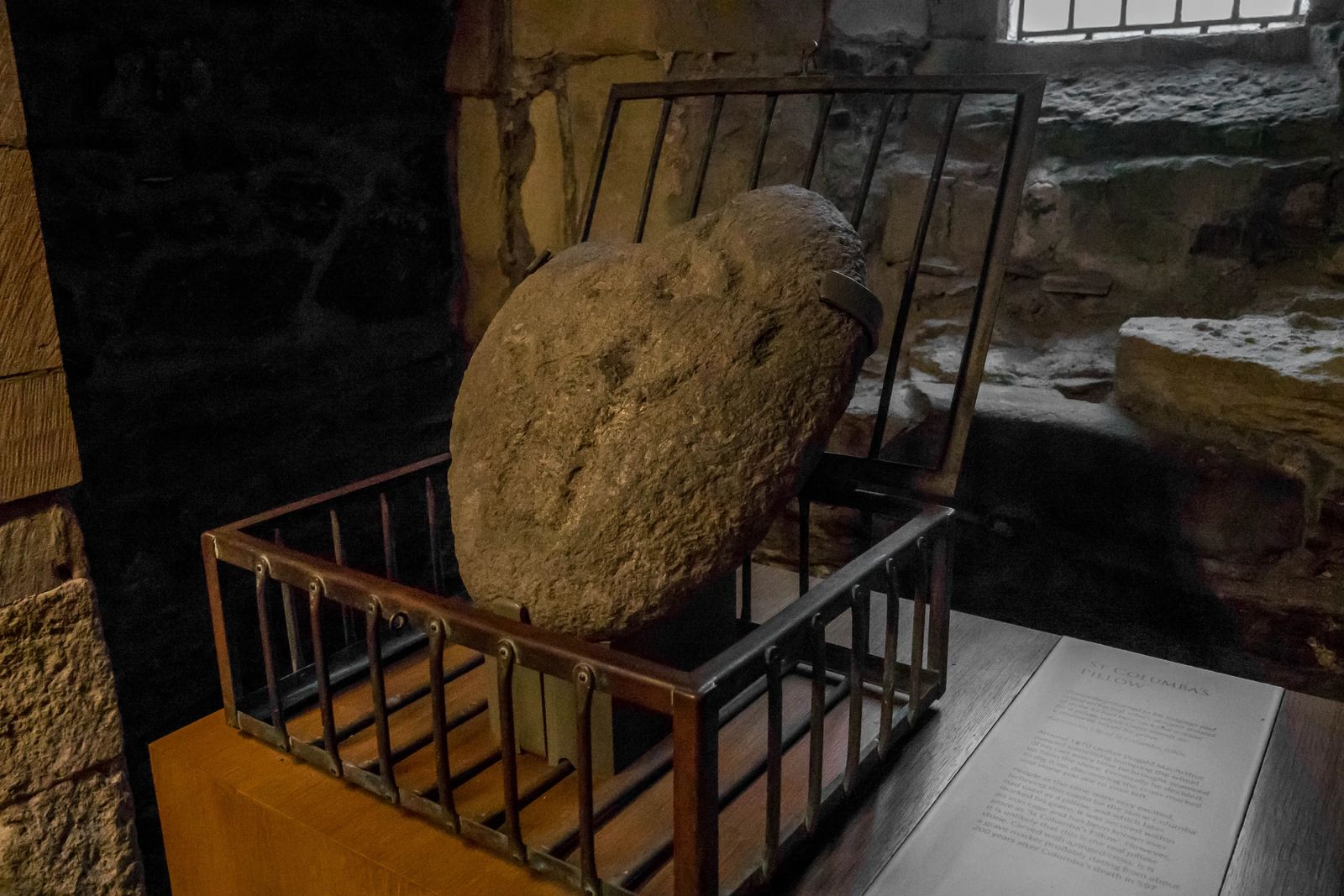 All Scottish public transport is covered by Travel Line, the National Rail, the Scotrail, or Long distance Coaches

Take a Caledonian Macbrayne Ferry to Iona, or hop aboard a local bus on the Isle of Mull

St Columba and Iona: The Early History of the Christian Church in Scotland

Celtic Christianity and the First Christian Kings in Britain: From Saint Patrick and St Columba to King Ethelbert and King Alfred 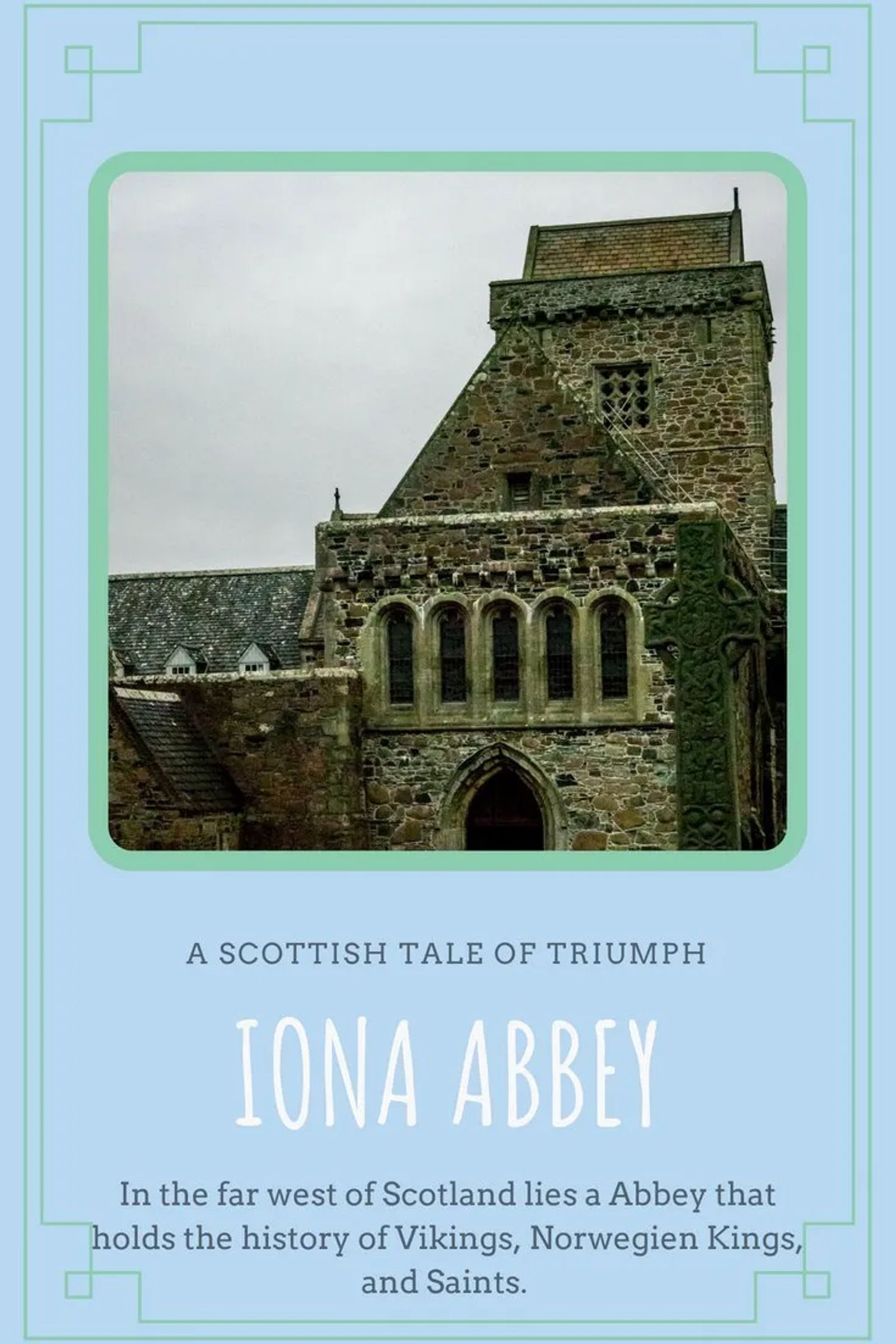 If you enjoyed this Article, you may also enjoy:

Things to do in Oban Scotland....it is more than you think
Fingal's Cave on Staffa Island in Scotland
Self-Guided Edinburgh Ghost Tour
What to see on the Royal Mile in Edinburgh
Dunrobin Castle, Crown Jewel of the NC500 Coast in Scotland